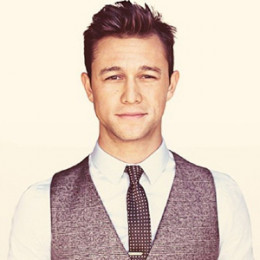 Joseph Gordon-Levitt, an American actor, filmmaker, and director is today one of the famous personality who worked with many celebrities of the Hollywood. He started acting and began to build his career right from the very early age of 4. With his fantastic acting and directional skill, he won numerous prestigious awards. Apart from the acting and direction, he is also a founder of the online production company.

Born as Joseph Leonard Gordon-Levitt on 17th January 1981 in Los Angeles, California with the birth sign Aquarius is today one of the familiar names in the Hollywood. He is the son of Denis Levitt, a former news director, and Jane Gordon. Both of them were the founders of the Progressive Jewish Alliance.

He grew up along with his brother Daniel Gordon-Levitt in the neighborhood of Sherman Oaks in LA. Sadly his brother passed away in 2010.

Talking about his academic qualification, he was a high school graduate from Van Nuys High School in 1999. After that, he also attended Columbia University where he learned French.

From the very early age of 4, he was interested in acting and began his acting journey from local children's theater. Levitt then shifted to TV and commercials from theater at the age of 6. Moreover, endorsed brands like Cocoa Puffs, Kinney Shoes, Sunny Jim, Pop-Tarts, and others.

After that, Levitt appeared in various movies and series. Some of the most notable by audiences are HI Honey-I'm Dead (1991), Stranger on My Land (1988), Family Ties (1988), Dark Shadows (1991) and much more. Apart from this he also made his debut on the big screen from the movie A River Runs Through It for which he also received a Young Artist Award and Best Actor as well.

Levitt took some of the challenging roles in films like Mysterious Skin by Gregg Araki, Brick by Rian Johnson and The Lookout by Scott Frank. His outstanding performance in a romantic comedy, (500) Days of Summer opposite with Zooey Deschanel earned him a Golden Globe Award.

In 2010, Levitt co-starred with Leonardo DiCaprio in film, Inception by Christopher Nolan. He was a big fan of Batman during his childhood, and his dream came true after working with the caped crusader in The Dark Knight Rises, and he also played a Gotham City police in the Christopher Nolan's Batman saga. 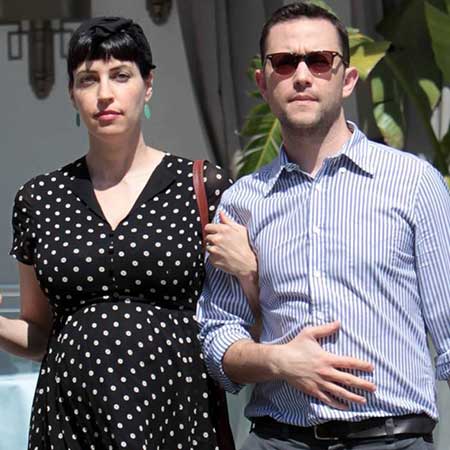 In 2013, he appeared opposite to Scarlett Johansson in the movie, Don Jon and in 2014 worked in Sin City: A Dame to Kill For by Robert Rodriguez and Frank Miller.

Apart from his acting, he was also involved in the direction as well. He made direction debut from Sparks. After that, he directed another short film, Morgan and Destiny's Eleventeenth Date: The Zeppelin Zoo. His first big screen directional and writing debut was Don Jon.

Besides he is also the founder and owner of HitRecord, an online collaborative production company.

In 2018, he starred in the movie named '7500' as Tobias Ellis which is set to release the same year. It is the same year he appeared in an episode of The Comedy Central Roast.

Joseph Gordon-Levitt secretly married his longtime girlfriend, Tasha McCauley on 20th December 2015 in a private ceremony in the presence of the limited guests. The couple first met each other through a mutual friend.

Levitt revealed about his wife only two years before. He managed to keep his marriage secret but could not keep it hidden for a long time. They also have two children one born in August 2015 and the other in June 2017.

Levitt is extremely private about his personal lives and that's the reason why he's kept his sons out of the spotlight. During an interview on Live! With Kelly and Michael, he said,

"Being in the public eye is a great thing. It allows me to do what I love to do, which is an act in movies, but it's a choice that I made."

"My son, he's just a baby, you know? He hasn't made the choice to be in the public eye, and that's a choice that I would like him to be able to make when he's older when he can think about these kinds of things and make that decision for himself. And so, for now, I'm just a protective dad, and I want to protect his privacy."

The 36 years old actor and director has worked in many films with many of the celebrities of the Hollywood.

The actor with such fame has an estimated net worth of $35 million which helped him to maintain his lavish lifestyles. He owns a house in Los Angeles California worth $3.25 million.

Joseph Gordon-Levitt and Tasha McCauley got married on 20th December 2015 after dating for several years. They met for the first time through a mutual friend.

The first child of the couple was born on June 2015 after a year of their marriage. They kept him far from the limelight since birth.

Joseph Gordon-Levitt and Tasha McCauley became parents for the second time after the birth of their second child on June 2017. He was also kept far from the spotlight but appeared for the first time in public in July 2017 in Los Angeles.