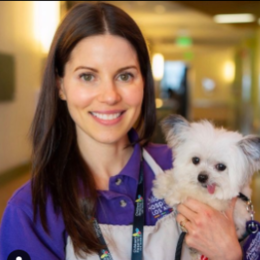 Julie Steines is a multiple award-winning and bestselling children's book author. In other words, she is known as the second wife of television personality Broadcaster Mark Steines. Mark has hosted Entertainment Tonight for eight years.

Julie Steines, the children's book author, is the second wife of Mark Steins. The pair married on August 20, 2016, at their family home. Mark and Julie have been happily united as life partners for over four years. 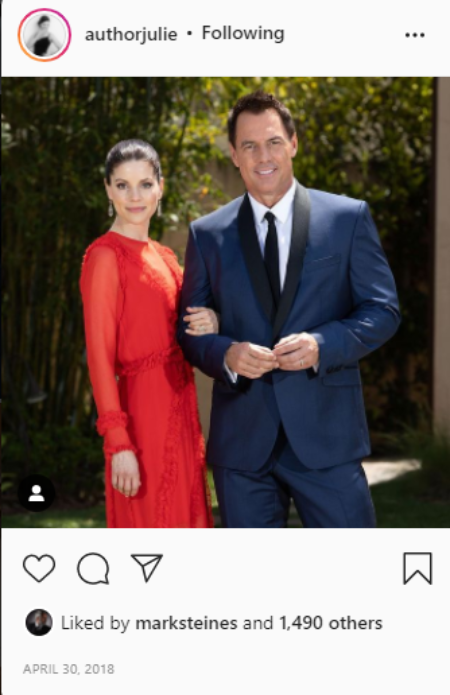 In addition, the pair frequently goes for dinner at weekends. Steines has a three-year-old daughter Parker Rose. Mark and Julie welcomed their first child on July 27, 2017. Followed by the demise of Leanza, Julie played the mother figure role to her stepkids, Kai Harper Steines and Avery Steines.

Julie Steines does not seem to have any relationships in the past, but the same cannot be said about her spouse. Before Julie, Mark tied a knot with Leanza Cornett in 1995. Leanza, the former Miss America 1993 titleholder, passed on October 28, 2020.

However, after eighteen years of marriage, they called it quit in 2013. Mark shared two sons Kai and Avery, with Leanza Cornette. She died from a head injury in October 2020.

What is Julie Steines Net Worth?

Julie Steines makes a reasonable amount from her career as an author. The celebrity wife has an estimated net worth of around $1 million. She co-owns the publishing and education company "Polly Parker Press" with her mom Dr. Virginia Freyermuth. 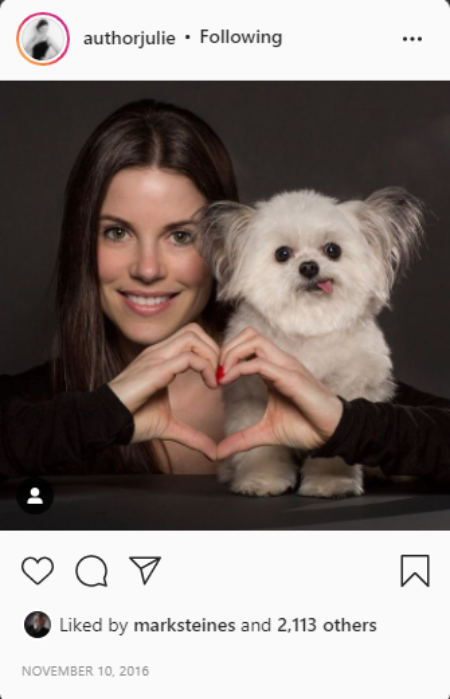 The blonde beauty has penned a series of books inspired by her therapy dog Norbert. That's not all; Steines's work also involves visiting children's hospitals, charities, schools, fundraisers, foster care and nursing homes to spread happiness to the underprivileged people.

Furthermore, Mark and Julie have starred in several talk shows and family programs. The duo has given their precious time to charity work and earned fan followers on social media such as Facebook, Instagram, Twitter and YouTube.

With Mark Steines, Julie has appeared on several segments such as The Doctors, Harry Connick Jr's Harry, The Hollywood Christmas Parade and KTLA Morning News show. All in all, Julie's work with Norbert has been displayed on People, Time, Wired, Huffington Post, InStyle, Paper Magazine, Brides.com and AOL.

Julie Steines and Mark Steines are married for more than five years. They tied a knot in August 2016.