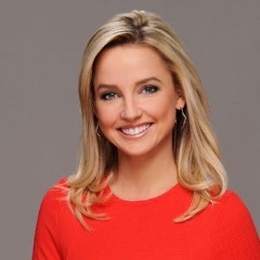 Kalee Dionne is one of the recognized and most sought after meteorologists in the US. Having worked in reputed news channels like WMAQ-Ch, WSIL-TV, WIAT TV, and KSHB, she possesses skill and experience that a proficient meteorologist requires. Currently, she is working in ABC-affiliated WFAA as its meteorologists.

Is Kalee Dionne In a Relationship?

To many wondering about the talented reporter's relationship status, she is a married woman and is in matrimony with her husband, Jonathan Pair. 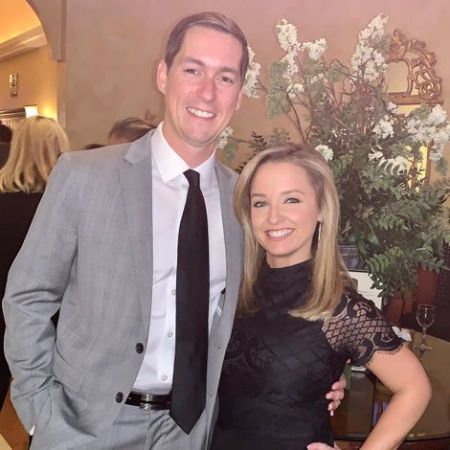 Kalee shares a sound relationship with her partner, and she often shares pictures with him on social media.

The meteorologist always was fond of kids and therefore had a dream of one day having one. Unfortunately, after doing many tests a few years ago, she found out that she could never give birth to a baby.

The lady was no doubt devastated and felt why it was happening to her. After several failed attempts of IUI (Intrauterine Insemination) and IVF (In Vitro Fertilization) to become pregnant, she talked with her partner to adopt a child from foster care, which Jonathan agreed on.

Initially opted to adopt a child from foster care, Kalee and her spouse eventually went for open adoption. In November 2018, the couple took a baby girl after the child's birth mother selected them. 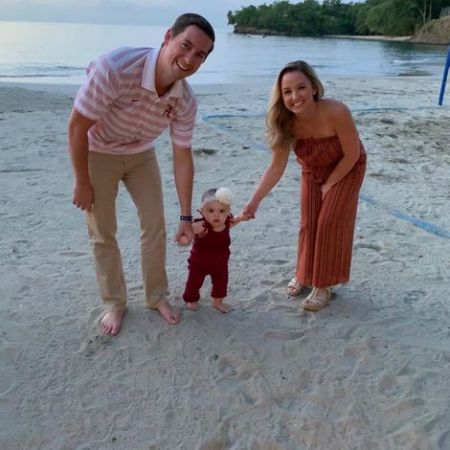 Well, it is great to see the WFAA meteorologist finally fulfilling her dream of becoming a mother. Unlike most journalists, she is open about her family and daily life, which she shares on her social media. At present, she lives a satisfied and happy life with her family in Dallas, Texas.

On October 2019, Kalee informed viewers that she is leaving NBC-owned WMAQ-Channel 5 and heading to Dallas at ABC affiliate WFAA. Her colleagues wished her and

Asked on how she felt like when leaving WMAQ-Channel 5, she said:

"It’s not as easy on [the extended family], moving away, it’s been a big part of my career for my family to turn on [the TV] every day and see me. That was a part of it.”

Kalee joined NBC News in June 2016 and worked for three years and seven months. Currently, she is serving as a weather forecaster in WFAA.

Check out the clip of Kalee Dionne doing her work!

In her over 12 years of reporting career, she has worked in news channels like WSIL-TV, WSiLTV3, WSIL, WCIA-TV, WIAT TV, KSHB, and NBC News affiliated WMAQ-TV. She surely received a good amount of bucks by serving as a reporter and anchor in such renowned news channels.

Dionne and her husband Jonathan also own a two-bedroom condo in Bucktown, Chicago, Illinois. The duo bought the two baths, a combined living/dining room with hardwood floors and a stone fireplace home for $419,000 in August 2017.

After taking the job at WFAA in Dallas, however, Kalee has listed the condo for $429,000.

Keep in touch with Married Wiki for more celebrity News and Biography!!

American meteorologist and reporter, Kalee Dionne is happily married to her loving husband, Jonathan Pair for many years.