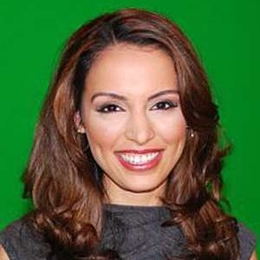 An American meteorologist Maria Мolina worked for the Fox News Channel from 2010 to 2016. Similarly, from the American Meteorological Society (AMS), she receives a Certified Broadcast Meteorologist (CBM) designation. Currently, Molina works at the National Center for Atmospheric Research as an Advanced Study Program (ASP) postdoctoral fellow.

Is She Together With Her Husband?

Maria Мolina is no more together with her spouse. Currently, the 34 years gorgeous old meteorologist seems to be enjoying her single life to the fullest. Further, she is probably focusing more on her career rather than being involved in any relationships or affairs. 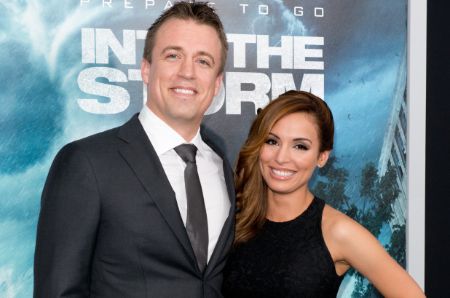 She was formerly in a relationship with her husband, Reed Timmer, who is also a meteorologist and an extreme storm chaser. Probably their similar interest and profession made them fall for one another

The couple met for the first time in 2013 while Molina was working at Fox Channel. They dated for around a year and decided to take their relationship to the next level. The lovebirds engaged in 2014. 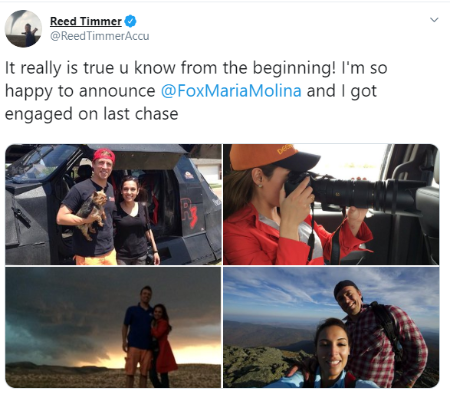 Her then-husband, Reed announced the news of their engagement via Twitter by sharing a photo on 5th October 2014. He captioned;

"It really is true u know from the beginning! I'm so happy to announce @FoxMariaMolina and I got engaged on the last chase."

Soon, the pair got several congratulation messages with weather-related words of wisdom from their wellwishers. Initially, Reed had planned to propose his girlfriend with a tornado in the background, and his friend was there to capture the photo. Unfortunately, it did not go as per the plan because the tornado never showed up. 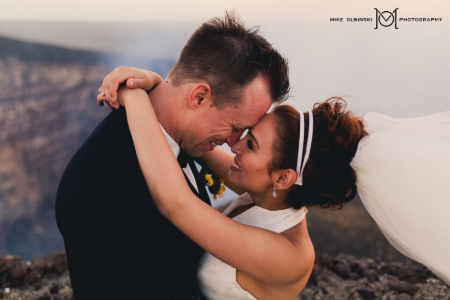 Furthermore, a year later, their engagement, Molina and her fiances exchanged the vows on 26th December 2015. Their wedding took place with a touch of fire and brimstone.

Molina and Reed kissed and pronounced husband and wife on top of Masaya Volcano in Nicaragua, which is one of the most active volcanoes in the Western Hemisphere. 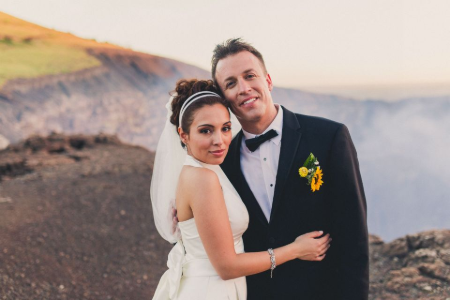 In an interview, Timmer said that they are lucky enough to see the glow of the magma at sunset right after the ceremony. He further added;

"Maria was born in Nicaragua and has a ton of family down there, and Masaya Volcano National Park is her favorite place in the world -- and now mine, too." 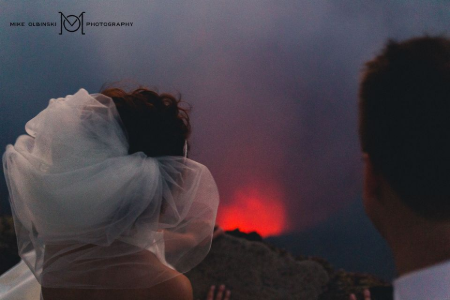 'It couldn't have been more perfect, and needless to say, I am a very lucky man to be married to the most beautiful person I have ever known, my best friend Maria,' says Timmer.

Мolina looked stunning in a white gown with a long veil, whereas the groom appeared in a black tuxedo followed by a bowtie. Photographer Mike Olbinski who is also a storm chaser, took the pictures of their wedlock. 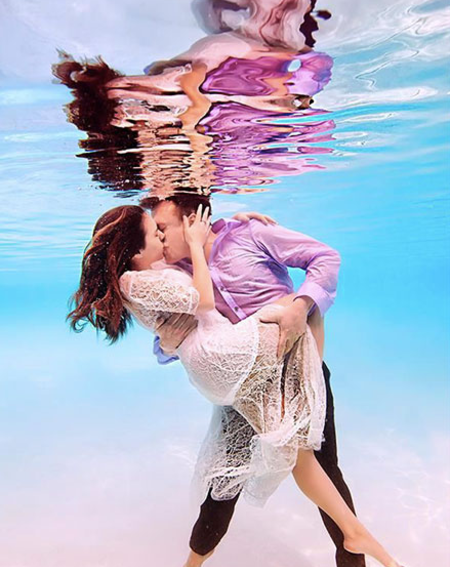 However, their marriage did not last long as the pair separated within less than a year of their nuptials. They parted their ways just after three months of their marriage. Reed confirmed the news on 25th May 2019 via Twitter. As the pair are already divorced, they haven't disclosed the actual reason behind their split.

It seems like Maria is still single and has no interest to move into another relationship, as of December 2021. Not to mention, Maria now prefers to keep her love life on the low from the prying eyes of the public.

Molina, however, couldn't be happier to lead her life alongside her beloved poodle. The Scientist has an adorable dog whom she often posts on her Twitter and Facebook. Besides, Maria is also happy to be doing her job at National Center for Atmospheric Research which she joined in September 2020.

Maria Мolina worked for the Fox Channel from 2010 to 2016. A meteorologist on Fox Channel receives a payroll of around $138899 annually. Hence, Molina also probably received a salary in the same range. While there, she appeared on  Fox Business Network, Fox News Radio, and so on.

Currently, Maria works at the National Center for Atmospheric Research from where she probably receives a good salary. Molina's net worth is around $2 million as of 2019.