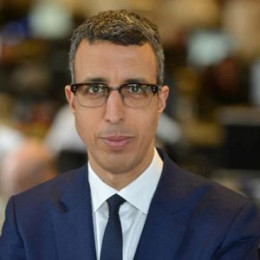 Kamal Ahmed is a famous BBC television presenter and journalist. He has broadcasted global news, political issues, served as news presenter covering all the happenings around the world. He is a former Political Editor for correspondence The Observer and Business Editor of The Sunday Telegraph.

The Economics Editor of BBC News, Kamal Ahmed was born in 1967, in Ealing, London. Kamal is of mixed ethnicity as his mother is English (Rotherham) and father is Sudanese, a research scientist in ophthalmology. He belongs to British nationality.

From 1980 to 1986, Ahmed attended the Drayton Manor High School in Ealing, West London. He then studied at the University of Leeds and earned a degree in Political Studies in 1990.

After that, Kamal got his training in journalism at the City University Department of Journalism.

Kamal began his journalism career working at a local newspaper in Scotland. He then joined Scotland on Sunday in 1993 before he moved to The Guardian. He became executive news editor and Political Editor at The Observer newspaper.

After that, Ahmed became Group Director of Communications at the Equality and Human Rights Commission, after leaving The Observer newspaper. In 2009, he worked as a Business Editor for The Sunday Telegraph.

Currently, Kamal is working as Economics editor of BBC News. Besides, he has worked as a Business Editor of BBC News for a certain time after Robert Peston left the station.

Kamal Ahmed, 50, married Elizabeth Day, a journalist and a novelist back in December 2011 after dating for a year.

They shared the bond of husband and wife till 2015 as they got a divorce. The couple also doesn't share any children between them.

Following the divorce, Ahmed grabbed the attention after leaving the BBC newsroom with BBC news reader Sophie Long. They began dating from February 2016 and their newly built romance grabbed headlines throughout the media.

But sadly, several sources have confirmed that their romance is over in 2017.

Kamal Ahmed is currently working as the Economics Editor of BBC News. He has made a total net worth of $23 million and he receives an average annual salary of $184k as a BBC News journalist.

Elizabeth Day is an English journalist, broadcaster, and novelist. She also was a feature writer for The Observer from 2007 to 2016.