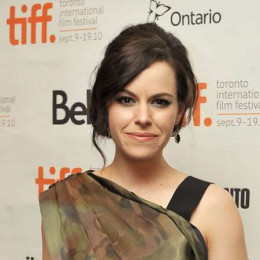 The beautiful actress Kaniehtiio Horn has been mesmerizing us with her ability and talents for well over a decade now. She is known for playing in the movies like Journey to the Center of the Earth (2008), The Trotsky (2009), Immortals (2011), and Death Wish (2018).

Currently, Kaniehtiio Horn is in a romantic relationship with boyfriend Bradley LaRocque. The couple started dating some time ago. The charming actress publicly revealed her love life only in January 2019 and ever since are in relation.

The Gene-Fusion actress even shares many pictures with her partner and among them, the most romantic one has been of Valentine's day. On the occasion of the special day, Horn shared a picture with her lover with a caption,

Should we need to clarify any more on their bond? We certainly don't think so.

Kaniehtiio is active in social media platforms and uses Instagram and Twitter. Likewise, she posts pictures and videos with her families, boyfriend, friends, and co-stars on it. The talented lady looks very happy enjoying her life with her loved ones and we do hope that she remains the same in the future as well.

Kaniehtiio Horn Up To Now?

Kaniehtiio Horn most recently celebrates her mother' s 80th birthday on 17 April, 2020 at Kahnawake Mohawk Territory during coronavirus crisis. Speaking of her relationship status, it seems like, she has not moved on with someone new in her life.

She's still kindling romance with her partner, Brad LaRoque. Horn and LaRocque has been enjoying their live-in together relationship for more than a year. Kaniehtiio is so in love with her man that she never misses showing off their chemistry on social media platform.  The starlet resides in Toronto, Canada with her mom and spouse-to-be, Brad.

How much is Kaniehtiio Horn's Net Worth?

Kaniehtiio Horn has an estimated net worth of $1 million which she mainly amassed from her acting career. The average salary of an actress in the US is $39.84 and they can earn as much as $50313 in a year.

The beautiful lady performed in the 2008 Journey to the Center of the Earth. The 3D science fantasy adventure film produced on a budget of $60 million grossed $242 million at the worldwide box office. In the hit film, she played with Brendan Fraser
Josh Hutcherson, and Anita Briem.

Horn played one of the main roles in the American Netflix original horror web Hemlock Grove. In the series, she acted alongside Famke Janssen, Bill Skarsgard, Landon Liboiron, Penelope Mitchell.

Kaniehtiio Horn was born on November 08, 1986, in Ottawa, Ontario, Canada. She is the daughter of Kahn-Tineta Horn who is a former model and also a political activist.

The actress grew up on the Kahnawake Mohawk reserve, Quebec. She holds Canadian nationality and belongs to mixed descent (Scottish and German). 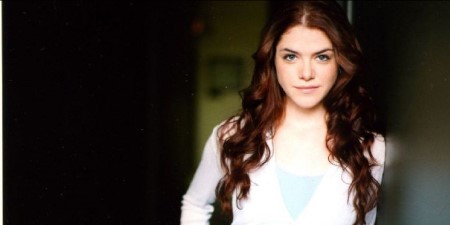 At a young age, Kaniehtiio had already determined to become an actress in the future, however, at first, instead of acting, she focused on swimming and water polo which was her favorite sport.

The Mohawk actress attended and graduated at Dawson College majoring in theatre arts in 2005. As for her acting career, Kaniehtiio Horn debut in the CBS mini-series Indian Summer in 2006.