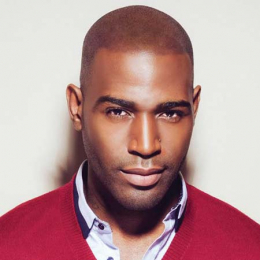 Karamo Brown is a television host, reality television personality, author, actor, and activist. In 2004, he began his professional career as an actor on the MTV reality show "The Real World: Philadelphia". In the present context, he involves himself in the Netflix series "Queer Eye" as the culture expert.

Karamo Brown: Who is His Boyfriend?

Karamo Brown is openly gay. He dated his longtime partner and future spouse, Ian Jordan, an assistant director, for more than 8 years. The pair first met on 2011 back outside a club. According to Brown, Jordan was the one who first made an attempt to initiate their romance. 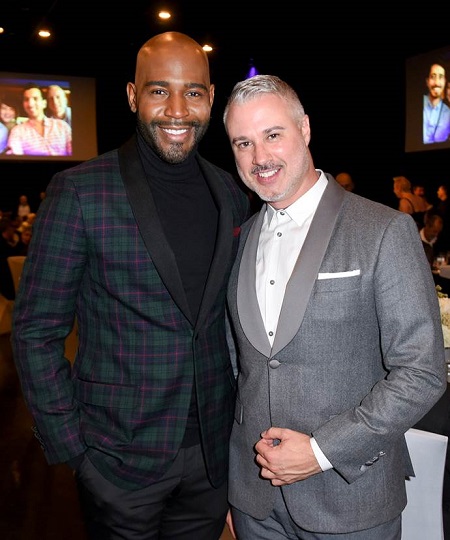 Karamo Brown and Ian Jordan have been sharing a strong bonding for more than 8 years.

"I'm all about seizing the moment and so I just ran and scooped him up."

"He started hitting my head and telling me to 'put me down.'"

Later, Brown invited Jordan to his birthday party days later and it was the way how everything started.

#TBT to my #CuatroDeMayo house party 2 weeks ago. Wishing I was in my back yard right now w/ my Sugah @theianjordan and a #houseoffriends

Brown and Jordon are proud parents of two sons Jason and Chris. Nevertheless, the pair are sharing a strong bonding with one another coordination and support which is rarely seen in their profession.

Despite his sexuality is clear among all, Karamo dated a girl in the past and he has a son named Jason from his ex-girlfriend. He told Parents.com that his former girlfriend became pregnant with their child but she kept the news a secret. Further, he revealed the site that he was not told about his son until Jason turned 10 when the demand for child support approached his doorstep.

Not just Jason but he adopted his half-brother Chris in 2011. He expressed his happiness and thankfulness to his ex-partner allowing him to raise the kids.

"Chris was nine at the time, and it has been an amazing journey. I give my son’s mother so much praise for allowing me to step in and support her in raising our kids."

Keeping most of the things aside, the lovebirds made a big revelation with Yahoo that they are planning to get married on 10 October 2020.

Karamo Brown's Net Worth: How Much Does He Earn?

Karamo Brown amassed a net worth of about  $3 million. The dazzling eyed television host collected those figures on his saving bank account with his marvelous and remarkable work on his reality shows, television series, and movies.

In addition, his movie, The Princess Diaries worldwide collection is $108,248,956 with a production budget of $26 million.

In the United States, the average salary provided to television and movie actor is $39.84 per hour or approximately $50,289 per year. On the contrary, with his experience in the field and pile of achievements on his career, he definitely makes his producers pay him above the median wages.

Karamo owns a residence in an out-of-the-way Woodland Hill neighborhood worth $1.25 million which consists of the modern makeover, five bedrooms and three bathrooms in just over 2.600 square feet.

Karamo Brown was born on November 2, 1980, Houston, Texan, the U.S. The Afro-American personality is television host, reality television personality, author, actor, and activist. In 2004, he began his professional career as an actor on the MTV reality show The Real World: Philadelphia.

In the present context, he performs himself in the Netflix series Queer Eye as the culture expert.

In 2007, Brown was notified that he was the father of a 10-year-old boy, Jason, receiving custody of him that year.