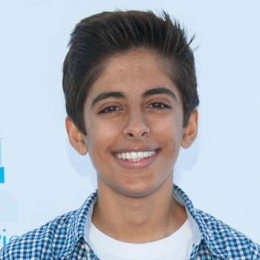 Accounting his personal life, he is still in his teen age and is too young to be in a relationship with someone so he is single. Actually, he seems much more focused on having a stable career in the Hollywood industry rather than being with a girl.

Talking about his sexuality, he does not seem like a gay but there is no any details about him being straight as well.

Karan Brar was born on 18 January 1999 in Redmond, Washington to parents of Indian ancestry.