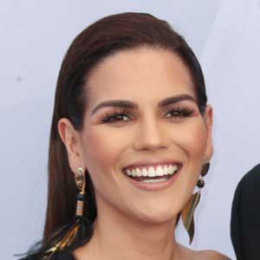 Karina Banda's personal life is always a topic of curiosity among her fans especially about her dating life, so after a few heartbreaks in the past, is she dating someone? Or still single?

Married to Carlos Ponce after ONe & Off Relationship

The TV host was single as of April 2019 after she ended a year of a happy relationship with the actor, Carlos Ponce. The duo started dating in August 2018 but it endured its ups and downs.

When Karina was asked about her break-up issue, she told,

“We do not fight, we love each other very much, we are friends.”

Even while the couple wasn't together, they still shared a healthy bonding. Moreover, Banda also didn't delete any picture with her former beau after they split. However, Karina and Carlos needed to go through the breakup to realize that they were meant for each other. 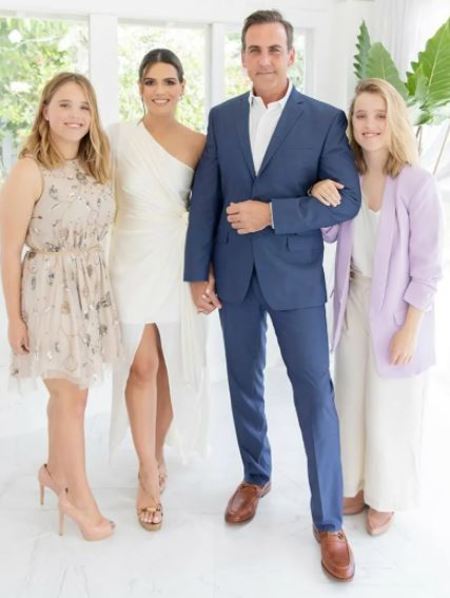 Well, on 30th July 2020, Banda and Ponce secretly married during the Covid-19 pandemic in Florida. Karina and her husband held a private wedding ceremony with the presence of a photographer and Carlos's two daughters; Savannah Ponce and Sienna Ponce from his previous marriage.

After their low-key wedding, Karina and her groom also celebrated a small honeymoon in Los Cabos. Not to mention, Katina and her husband have also planned for a family.

Past Marriage and Divorce

Karina was married to an American man named Douglas in 2015 in San Miguel de Allende, Mexico. Her then-husband was a pilot by profession. Check out the beautiful wedding video of the couple;

At the beginning of her marriage, she often mentioned her husband on her Twitter post and even thanked him for lots of things. But later she removed all of his pictures and reports suggested the duo might be divorced. However, they officially divorced in 2016.

Karina Banda is a TV host by profession. She, without any doubt, is making a good net worth and salary.

You May Like; How Much Is The Current Net Worth Of Maria Bartiromo? Details of her Career and Achievements

Banda also has a pretty good amount of followers on Instagram. As per her popularity with 146k+ followers, she earns $439.5-$732.5 per promotional post.

Karina Banda was born on August 21, 1988, in Mexico. She holds Mexican nationality and belongs to Caucasian ethnicity/race. Moreover, her birth sign is Leo.

Banda graduated from Universidad Autonoma de Nuevo Leon in 2011 with a degree in journalism. She is known for working for Univision Deportes and hosting on El Gordo y la Flaca. Further, she won six Emmy awards for hosting the TV show.

Stay updated with Marriedwiki for interesting Gossips and Biographies of your favorite celebrities!!!

Douglas is best is known as the former husband of TV host, Karina Banda, He is a pilot by profession.