Home Article How Much Is The Current Net Worth Of Maria Bartiromo? Details of her Career and Achievements

How Much Is The Current Net Worth Of Maria Bartiromo? Details of her Career and Achievements

Maria Bartiromo, the American journalist, magazine columnist and author appearing as the host of Morning with Maria also served as the Global Markets editor at Fox Business Network.

Maria Bartiromo is an American journalist currently hosting two shows Morning with Maria and Wall Street Week with Maria Bartiromo. In addition to that, she is also a magazine columnist, author and Global Markets editor at Fox Business Network.

During her long career, along with the name and fame, Maria has also earned a huge fortune. So, how much is her networth? Details of her professional and personal career here!!!!

How Much Is The Current Net Worth Of Maria Bartiromo?

Maria has collected a huge sum of fortune being one of the best TV journalists. She has an estimated net worth of about $22 million stated by the Richest.

Prior to joining the CNBC network in 1993, Maria worked as a producer and assignment editor in CNN Business News for five years.

She hosted the Market Watch and Squawk Box segments at the CNBC. In addition, she's an anchor and managing editor of the CNBC business interview show On the Money with Maria Bartiromo.

In addition, she's also worked in a number of TV shows including The Business of Innovation, Market Wrap, and Business Center.

Thanks to Madeleine Albright for joining us from the #dncinphl???? . Join Maria Bartiromo tonight at 6pm for LIVE coverage of the final night of the #DNCConvention on @foxbusiness!

In addition, she appeared in several TV shows like NBC Universal's The Tonight Show with Jay Leno, Late Night with Conan O'Brien, The Oprah Winfrey Show and Real Life with Bill Maher.

Apart from being an accomplished TV personality, she's also the author of three books till date. The first creation Use the News: How to Separate the Noise from the Investment Nuggets and Make Money in Any Economy was listed in the The Wall Street Journal, The New York Times, and USA Today bestseller lists.

Lists Of Her Awards and Achievements

Maria was praised with Excellence in Broadcast Journalism Award presented by the Coalition of Italo-American Associations in 1997.

Furthermore, she achieved the Lincoln Statue Award from the Union League of Philadelphia in 2004 including Gracie Award for Outstanding Documentary in 2008. 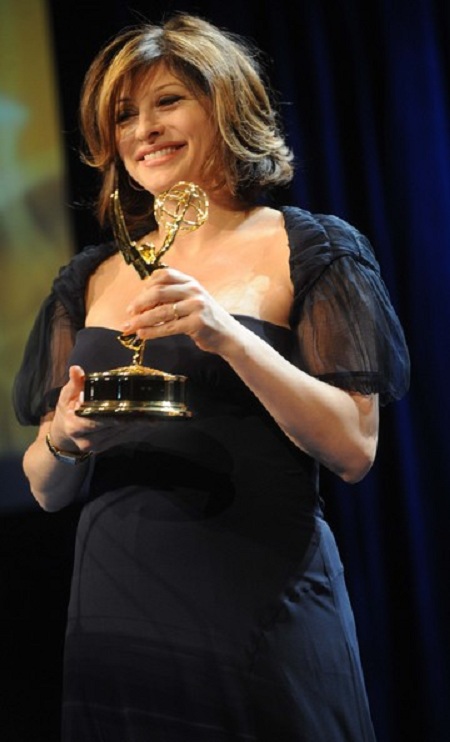 She collected two Emmys for Outstanding Documentary in 2008 and Outstanding Coverage of a Breaking News Story the next year. Maria, 50, is the first journalist to be inducted into the Cable Hall of Fame in 2011.

She's at no. 2 in the list of 250 Most Influential Business Journalists marked by UK-based company Richtopia on 14 February 2017.

Maria is living a blissful married life with Wall Street financier Jonathan "Jono" Steinberg. They tied the knot on 13 June 1999 when she was 31, and her husband was 34. They announced their wedding event in the New York Times.

They got married in a Jewish ceremony at Steinberg's father's home in Quogue, New York. The CEO of Wisdom Tree Investments said the New York Times back in May 2015 that they are 'workaholics and that's the reason why they bear no children. 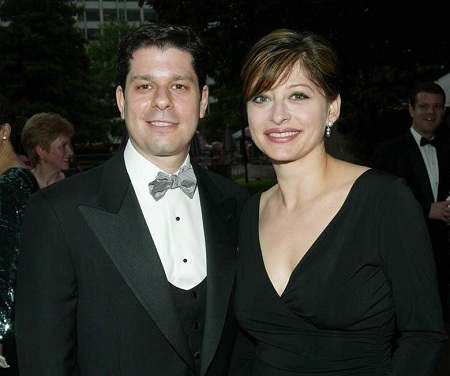 His investment company Wisdom Tree Investments handles about $60 billion per year as reported to the New York Times. As per the statistics, the group brought in $13.5 billion only in the first quarter of 2015. 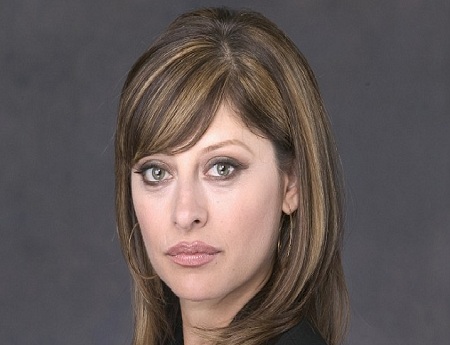