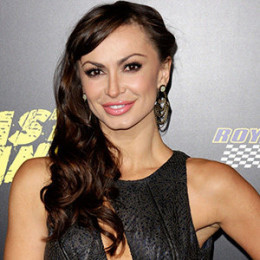 The ballroom dancer Karina Smirnoff is widely known for the show, "Dancing with the Stars". She appears as a dancing pro in the show and has gained victory in the 13th season with actor J. R Martinez. Smirnoff is a five-time U.S. National Champion, World Trophy Champion, and Asian Open Champion. She made her big screen debut from the 2004 movie, "Shall We Dance?" where she played the role of an instructor. Alongside dancing and acting she is also into fitness and has released a fitness DVD called Shape Up With Karina Smirnoff.

Karina Smirnoff was born on January 2, 1978, in Kharkiv, Ukrainian SSR, Soviet Union. She is of half Russian and half Greek descent. Her parents are the owners of a liquor store in Staten Island.

Smirnoff was interested in dancing at an early age and from the age of 11 started competing in ballroom dancing. Then in 1993, she moved to the United States and started pursuing ballroom dancing as her career. 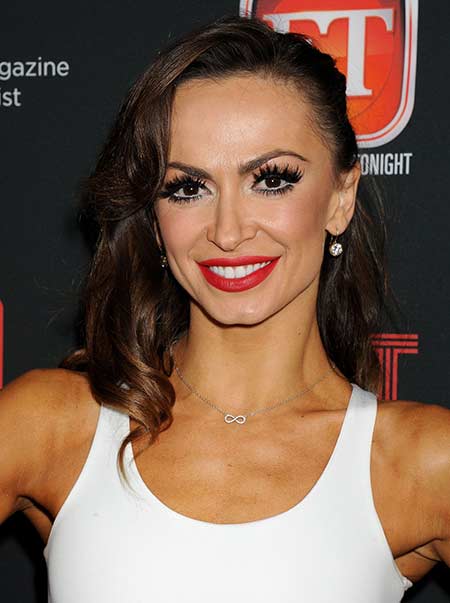 As for her schooling, she enrolled at St. Louis & Christopher Columbus School in the Bronx. Then she attended New York City's Fordham University from where she graduated with a degree in economics & information system programming.

The ballroom dancer Karina Smirnoff is professionally a dance choreographer who started dancing from a very early age. She first started off by dancing as a couple with partners like Roman Nabatov, Paul Killick, Louis Van Amstel. Her dance partnership with Slavik Kryklyvyy won her many honors and titles and the dance couple represented the United States.

Smirnoff's growing popularity led her to appear in the 2004 movie, Shall We Dance? where she played the role of an instructor. Alongside dancing and acting she was also into fitness so she soon released a fitness DVD called Shape Up With Karina Smirnoff. 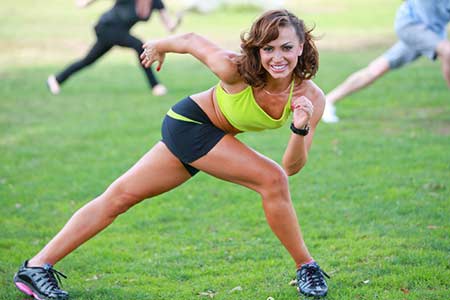 She is said to cast in the second season of the E! Reality series, Famously Single. Besides she has won several titles for her amazing dancing. Smirnoff is a five-time U.S National Champion, Asian Open Champion, and World Trophy Champion. She also holds the title of three-time champion at the US Open and two times winner at the Asian open.

Dancing with the Stars Journey

Karina Smirnoff began her journey with the show Dancing With the Stars from its third season. She was paired up with Television host and actor Mario Lopez. They were ranked second place in the finals. Smirnoff continued appearing in the show with partners Floyd Mayweather, Jr, Steve Wozniak, Ralph Macchio, Aaron Carter and so on. 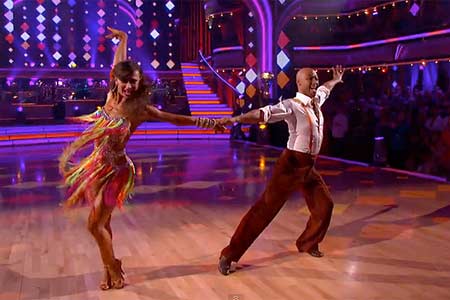 She finally celebrated victory in the 13th season with actor partner J. R. Martinez. They had performed dance forms like Cha-Cha-Cha, Freestyle, Jive and Samba in the finale.

Karina Smirnoff is estimated to have a net worth of $3 million and $6 million according to The Richest and Celebrity Net Worth. Her major source of income is from her career as a choreographer

The Dancing With the Star pro dancer Smirnoff is not married and is not found to be dating anyone at the moment. She was previously engaged to Maksim Chmerkovskiy. The couple got engaged in Las Vegas on January 5, 2009. They called off their engagement after 7 months in September 2009.

After separating with Chmerkovskiy she was in a relationship with the Major League Baseball pitcher Brad Penny. They began dating in October 2009 and the next year got engaged.

But their relationship couldn't last long and in December 2011 they broke off their engagement. Then, later on, she was linked to entrepreneur Jason Adelman with whom she engaged in January 2015. But their engagement ended on March 11, 2015. She was also linked with actor Mario Lopez who was her partner for the dance show, Dancing with the Stars season 3.

She is diagnosed with attention deficit hyperactivity disorder which is an illness causing difficulty in controlling one's behavior, excessive activity and problems paying attention. To treat the illness she takes the medicine named Vyvanse. She has a pet dog who is an American Staffordshire Terrier dog named Randy.

She also appeared in the popular show Celebrity Family Feud in 2015 along with her cast members of the show, Dancing With The Stars. In the show, she danced with the host of the game show, Steve Harvey.

Here is a video of Karina Smirnoff giving an interview.