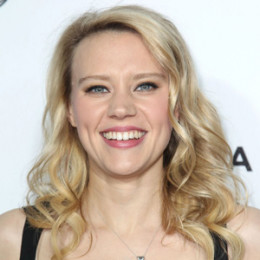 Kate McKinnon, a 33-year-old American actress, and comedian who is active in the entertainment industry since 2007. She is best known for her appearance in popular comedy series The Big Gay Sketch Show and Saturday Night Live. Her fantastic acting and comic ability helped her to get five nominations in Emmy Award. Kate openly admits herself as Lesbian and is the third gay cast member of Saturday Night Live show (SNL's).

Born on January 6, 1984, in Sea Cliff, New York, U.S., Kate McKinnon is the daughter of  Laura Campbell, a parent educator, and Michael Thomas Berthold, an architect. Her birth name is Kathryn McKinnon Berthold.

She grew up along with her sister, Emily Berthold. She is an American by nationality and belongs to the mixed ethnicity of German and Scottish. When she was 18, her father passed away.

McKinnon graduated in 2002 from North Shore High School. In 2006, she completed her theater major from Columbia University and co-founded a comedy group named Tea Party.

During her at the university, she worked in three different shows and was also a member of student comedy group, Prangstgrüp who recorded elaborate college pranks.

Kate McKinnon made her acting debut in 2007 with The Big Gay Sketch Show and was involved in the show till its final season. She is also known as voice actress as she lent her voice for many series such as;  The Venture Bros., Robotomy, and Ugly Americans.

McKinnon made her debut on silver screen with the movie, Life Partners and later featured in two movies; Ted 2 and Sister. She won the Logo NewNowNext Award for Best Rising Comic in 2009 and was nominated for an ECNY Emerging Comic Award in 2010.

In 2015, she appeared in the Ford Focus commercials. In 2016, she co-hosted the 31st Independent Spirit Awards along with Kumail Nanjiani.

The 5 ft 4 inches tall celebrity, Mckinnon, has earned a whopping sum from her career. As of 2017, her net worth is estimated at around $2 million and expected to rise in upcoming days. She is living a lavish and happy life with her partner in New York.

Kate Mckinnon is in a romantic relationship with her actress girlfriend, Marla Mindelle. The duo started dating in 2013, and have been together ever since. She openly and proudly called herself a lesbian.

She is fond of pets and adopted a cat, Nino Positano with whom she is very close as she often refers him as her son. McKinnon is the first openly lesbian character on the show, SNL's and the series' third gay member.

She prefers to keep her private stuff within herself, and that might be the reason she isn't active in social media.