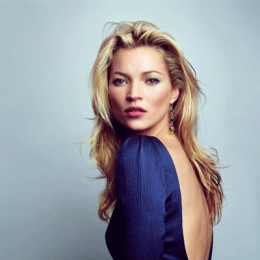 Kate Moss was brought up around Croydon, Greater London by her mother Linda Rosina and her father Peter Edward Moss. Growing up with two of her siblings, she attended the local Ridgeway Primary School. It was there in her school's drama team that she discovered her talent in acting and thus started to be bold and performed in many different occasions. Known as a shy girl, she overcame her fear and soon started to win confidence and hearts. She graduated form the Riddlesdown Collegiate, in Purley.

She also dated Libertines member Pete Doherty but the two broke up in July 2007. Later, she married guitarist of The Kills, Jamie Hince on 1 July 2011. The couple who split in 2015 divorced out of court in 2016.

She talked to Megyn Kelly about her modeling career and motherhood:

She came second on the Forbes top-earning models list earning $9.2 million in a year in 2012.

Although it is not sure who her child's father is, still she has been both the mother and father for her child.