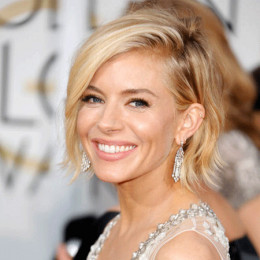 Sienna Rose Diana Miller is an actress, fashion designer and model, best known for playing in 2012 film The Girl, as Tippi Hedren. She is the daughter of Josephine, former mode and Edwin Miller, an American banker turned dealer of Chinese art. At 2007 Glamour Women of the Year Awards, she was named "Film Actress of the Year". She serves as a Global Ambassador for International Medical Corps.

Her personal life is full of ups and downs. Till now she hasn't been married to anyone, but in her past days she has been through several serious relationships. She has dated a long list of men and with one of them she has raised a beautiful daughter. Currently she is single. Once controversy arose when her phone was hacked by some anonymous group and her privacy got violated, she received $162,000 settlement as compensation.

She was born healthy. Her mother gave birth to her at the age of 30.