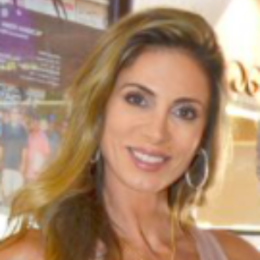 Katerina Deason is a renowned American television actress best known for being the ex-wife of billionaire Darwin Deason. Today, people recognize her as the wife of Richard Rawlings, the cast from Fast N' Loud. 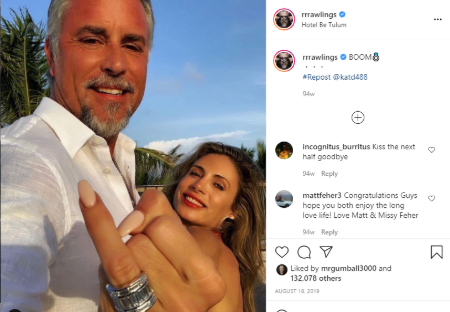 On 17 August 2019, Richard announced their engagement by posting their engagement photos on his social media. Katerina also mentioned that they fell in love at first sight. She also made sure to showcase her huge engagement ring. Richard Rawlings is the star of Fast N' Loud and owner of the company Gas Monkey Garage, Gas Monkey Live and Gas Monkey Bar N' Grill.

Katerina Deason is engaged to Richard Rawlings since 2020. SOURCE: Instagram

In the same vein, the pair planned to set sail for a family vacation in Mexico along with Richard's sister Daphne and brother-in-law Ken Kaminski. In an interview, Richard also described his wife as his best friend and soul mate.

In addition, Deason and Rawlings had planned their big fairytale wedding in Greece. However, due to the Covid-19 pandemic, the lovebirds decided to exchange their marital vows in Key West, Florida.

Like Katerina, Richard also had gone through a bitter past. He was married to Karen K. Grames in 1993 but got separated the following year. Richard also married Suzanne Rawlings in 1999 and got divorced in 2009. The pair re-united in 2015 just to get divorced again in 2019.

Katerine Deason was previously married to her former husband Darwin Deason, a billionaire of Texas. He made his money by selling his Affiliated Computer Service (ACS) company to Xerox with a contract of $66.4 billion. The couple tied the knot back in 2008. Katerina was the fifth wife of Darwin and shared 27 years of age gap.

Katerine did not have any children together despite their 11 years of marriage. Speaking of Deason's lifestyle with her former husband, the pair even lived in an 18,000 square foot Dallas penthouse with top two floors of a large building. He also owns a private jet, the Bombardier Global Express. The couple signed their divorce paper in 2019. 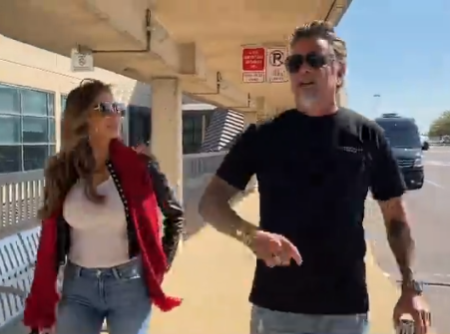 At present, she is relishing sound and lavish life as the wife of Richard Rawlings, who is worth an estimated net worth of $20 million. In addition, he owns a $1.7 million dollars home where he lives with Katerina. Deason's husband also owns imported cars collection.

Katerine Deason was married to Darwin Deason in 2008. They divorced in 2019 after eleven years of marriage.