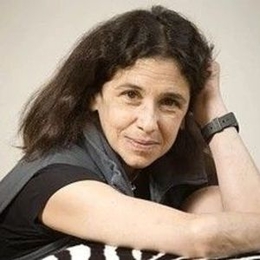 British actress Kathryn Hunter may not be a household name in many parts of the world, but she is a true feminist icon. She was one of the early actress in Britain to play the role of male characters in a stage. She is most famous for playing the lead character of 'King Lear.'

Did You Knew Actress Kathryn Hunter Husband Marcello Magni Reject The First Proposal From Her Side?

Kathryn Hunter is a renowed actress of stage and movies. She has garnered millions of fans because of her amazing acting skills. Because of her talents, there is no doubt there are millions of fans who will be ready to date her in a heartbeat. However, her spouse Marcello Magni took a long time to accept her proposal. 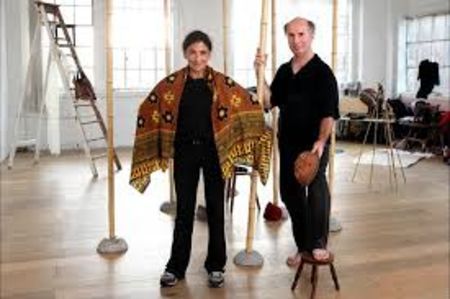 Yes, in the relationship between Kathryn and Marcello, she was the one who first proposed. The Oliver Award-winning actress first saw her future husband in a tapas bar in Clapham, London, in the late eighties. She was there to meet him regarding the casting of his company's next production.

When Hunter first met Magni, she found him friendly, but it was no love at first sight. She fell head over heels over him when they started working together in the play. As they started working, she was impressed by his talents and personality. Also, she found his sense of humor endearing and his commitment to work impressive. After realizing her love for him, she decided to propose him.

In the bar of the Half Moon Theatre in London, the brown-eyed beauty professed that she is in love with Magni. Too much of her surprise, Marcello clearly stated that he was not in love with her. She was not expecting this kind of response, so she was utterly heartbroken. 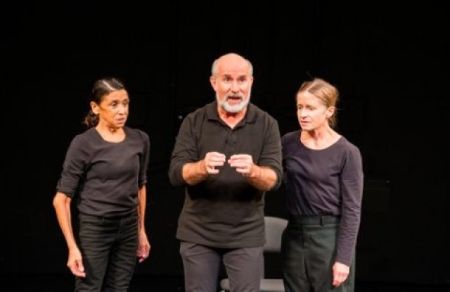 Thankfully, Kathryn's heartbreak did not last long. After three months, the pair was in Italy because of their play. While there, they got a chance to spend some alone time and talk about their personal lives and their feelings. Maybe it was the effect of the romantic castles and beaches of Italy that Magni's attitudes towards began to change, and by the end of the trip, they were already dating.

Many believed the pair would not survive long as they are opposite in terms of personality. Hunter is spontaneous, whereas Marcello likes to do more research. Similarly, he is more organized and perfectionist, whereas she is not.

The pair has indeed confessed that they have arguments over little things. But at the end of the day, they love each other dearly, so they learn to adjust to living together without changing.

Kathyrn Hunter and her partner wanted to be parents, but they kept delaying to start the family because of their work. Later, when they came around the decision to have kids, it was already late. She was past the fertile age and was not able to bear kids.

Nonetheless, the talented actor-director couple takes solace in working with young people. They feel like feeding young people intellectually is like raising them.

Kathyrn suffered from depression throughout her adolescence. Sometimes her bouts were life-threatening. In one of her dark times, she threw herself out of a upstairs window with the intention of suicide. 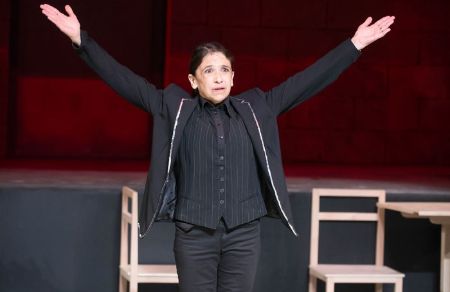 Kathryn Hunter has a crooked hand a limp leg. SOURCE: The Stage

Thankfully, the then RADA student survived. However, because of the incident, she suffered from limp legs and crooked hand for the rest of her life. Many thought the physical deformity would negatively affect her career. Thankfully, that was not the case. She did not let her disability affect her performance; infact, she mostly used her uncommon features to enhance her performance.

Later in life, Hunter also got the opportunity to work with the Graeae, which is a theatre company for the disabled. So, it is not wrong to say she has not let her disability hinder her potential in any way.

Kathryn Hunter is a veteran actress who is showing her incredible acting talent for the past three decades. From her sucessful career, she accumulated a total net worth of $1.2 million. Though she has shown her acting prowess in different mediums, she is most recognized as a stage actor.

Hunter, after graduating from RADA, started working with innovative companies such as Shared Experience and Complicite. Thus, from very early on, she started working in roles that were not usually taken by the upcoming female actress. 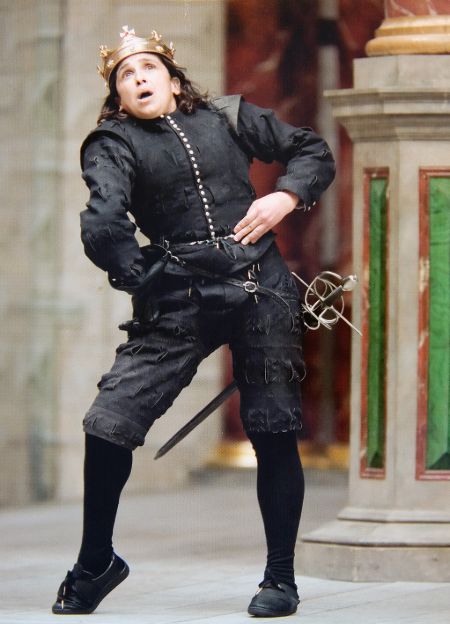 New York-born created quite a sensation when she became the first British woman to play the male role of King Lear professionally. Her other notable work includes Julie Taymor's production of A Midsummer Night's Dream, Antony and Cleopatra, and Timons of Athens.

In addition to acting, she has taken other responsibilities in theatre. In 2008, she was made an Artistic Associate at the Royal Shakespeare Company in 2008. A year later, she debuted as a director at RSC, with the production of Othello. 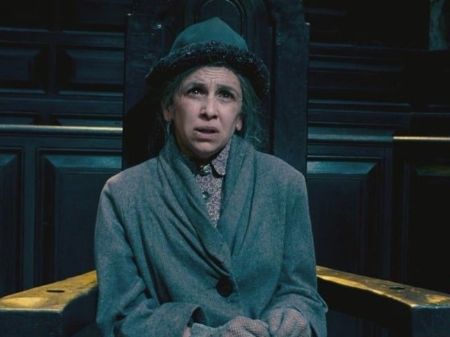 Hunter may have done limited works in movies and television but have created quite a impression among fans. One of her most popular appearances is that of Mrs. Arabell Figg in the film "Harry Potter and the Order of the Phoenix." Her other well-known appearances include Charmain in "Rome" and Capi Petridis in "Black Earth Rising."

Kathryn Hunter has been married to Marcello Magni for a long time. They don't share any kids.