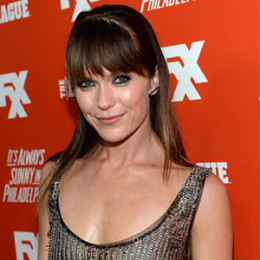 The American actress Katie Aselton is renowned for her role as Jenny in the sitcom series The League. Moreover, she also performed in several big screen movies and produced a few films.

Katie Aselton is married to actor and filmmaker Mark Duplass. Duplass is also an American screenwriter, director, and musician. 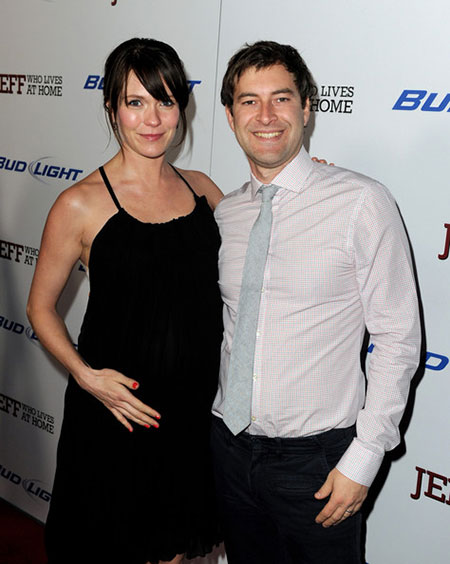 CAPTION: Katie Aselton with her husband at a public event,
SOURCE: Zimbio

The duo first met in Los Angeles during the earlier stage of their career. After dating for more than 5 years, the couple exchanged vows on August 26, 2006.

The lovey-dovey couple also featured in few movies and television series together. The pair appeared in the on-screen roles in the movies The Freebie (2012) and Black Rock in 2012.

Katie Aselton teaches Mike Tyson About sexy Euphemisms From "The League," check out the video below;

Other than her romance with her husband, there seems no past affairs and relationship of Katie. The actress is living a content and joyful life with her kids and spouse and we hope it remains same in the future as well.

What Is Katie Aselton's Net Worth?

Katie Aselton owns a decent net worth of $2 million. She amassed her fortune from her successful career in acting and film directing.

Her partner is a celebrated American film director and producer. As of 2019, Mark's net worth is $3 million.

Mark and Katie also possess a house in Valley Village, California which they purchased for $1.75 million in 2018. Currently, the property is listed on the market for the price of $1.995 million. Although it is also alternately available as a fully furnished rental for about $10k per month.

Katie Aselton was born Kathryn Katie Aselton on October 1, 1978, in Milvridge Maine, United States. She is the daughter of father Carl Aselton and mother Ora Aselton.

The Freebie actress grew up with her sibling, sister Mary Aselton in Milbridge. Besides, Katie participated in beauty pageants in 1995 and crowned Miss Maine Teen USA 1995. Likewise, she also secured first runner-up at Miss Teen USA the same year.

this picture was taken 17 years ago today: january 1, 2002... I met that guy sitting next to me the day before... that guy with the lamb chop sideburns and soul patch who would change my game forever.

Aselton graduated from Narraguagus High School in Harrington in 1996. Later, she studied at Boston University School of Communications for two years.

Following that, she relocated to Los Angeles for acting and met her future husband, Mark Duplass. She then studied at the American Academy of Dramatic Arts in New York for about two years.

Katie Aselton is married to actor and filmmaker Mark Duplass. Duplass is also an American screenwriter, director, and musician. He was a co-star of the FX television series The League.

Ora Duplass is the first born child of father Mark Duplass and mother Katie Aselton. She was born in 2007. Her parents are actor/actress, producers, and directors.

Molly Duplass is the second born child of father Mark Duplass and mother Katie Aselton. She was born in 2012. Her parents are actor/actress, producers, and directors.