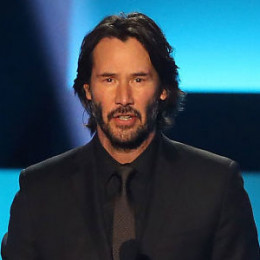 An actor, Keanu Reeves is known for his significant performance in the action film, The Matrix. Started his career at the age of nine, he emerged as a professional actor playing in several blockbuster films. He is a director, producer, and musician. He is active as a musician over a decade and has played bass guitar for the bands such as Dogstar and Becky.

Keanu Charles Reeves was born on 2nd September 1964 in Beirut, Lebanon. He is the son of Samuel Nowlin Reeves, Jr, a Geologist and Patricia Bond, English-born costume designer/performer.

His father was born in Hawaii, of British, Portuguese, Native Hawaiian, and Chinese ancestry also received his GED while imprisoned in Hawaii for selling heroin at Hilo International Airport.

Reeves, his mother, and younger sister, Kim Reeves live in Australia where his mom worked as a costume designer. The family then moved to New York City, then Toronto. The family moved around a lot, and he lived with many stepfathers.

While residing in Toronto, Reeves attended four high schools in a span of five years and even got expelled once. He received his degree in Performing Arts in Toronto, Ontario, Canada. While in De La Salle College (for one year) he was voted Most Valuable Player as a goalie on the hockey team. He eventually dropped out of school to pursue an acting career.

He grew up with his siblings, Kim Reeves an actress, Emma Reeves, and Karina Miller, a film producer.

Keanu Reeves began her career in a movie named Rob Lowe hockey flick Youngblood (1986),  filmed in Canada. In 1980 he appeared in commercials (including one for Coca-Cola). In 1984, he worked as a correspondent for the Canadian Broadcasting Corporation TV youth program called 'Going Great.'

Also, see the biography of; Michel Stern and Olivia Dudley

In 1969, Reeves drove to Los Angeles for a movie named Volvo. In 1980 he appeared in a number of movies aimed at teenage audiences, including Permanent Record. Also in 1992, he played a role of Jonathan Harker in the Francis Ford Coppola-directed blockbuster 'Bram Stoker's Dracula.'In 1999 his science fiction-action hit movie 'The Matrix' was released.

In 2008, Reeves got a star on the Hollywood Walk of Fame and also landed a lead character in films, Street Kings and The Day the Earth Stood Still. The same year he began pre-production on his directorial debut, 'Man of Tai Chi.' Reeves founded a production company and named it Company Films, with his partner Stephen Hamel. His company produced Henry's Crime in 2010. He produced the documentary 'Side by Side' in 2011.

In October 2014, Reeves played the title role in the action thriller, John Wick. In 2016 he appeared in the horror thriller 'The Neon Demon' and the dystopian romance 'The Bad Batch.' Recently, he featured in the sequel of John Wick.

Reeves was paid $10 million upfront to film the first "Matrix" and ended up earning $35 million total after the film became a huge hit.

Reeves was dating his girlfriend Jennifer Syme, an actress, and personal assistant. Syme gave birth to Ava Archer Syme-Reeves in 2000, but unfortunately, she was stillborn. 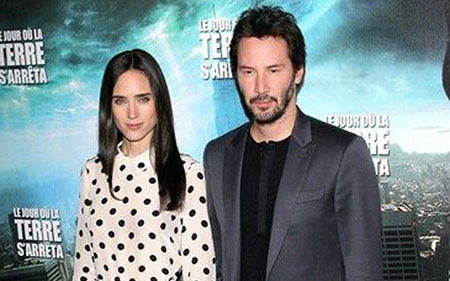 Because of their child, the couple faced traumas which eventually led to the demise of their relationship.

On April 2, 2001, Jennifer drove her 1999 'Jeep Grand Cherokee' into a row of parked cars on Cahuenga Boulevard in Los Angeles. Symes was partially ejected from the vehicle and died instantly. His girlfriend is buried next to her daughter, Ava

Reeves in 2004 was in a relationship with Claire Forlani, but their affair couldn't last long and they parted ways. In 2005 Reeves got engaged to Autumn Macintosh. The pair were set to get married but broke up.

In 2008 Reeves was sued in Los Angeles by paparazzo Alison Silva for $711,974, claiming Reeves hit and injured him with his Porche, but was unsuccessful in his pursuit.

When his sister, Kim, was diagnosed with leukemia, spent $5 million on her treatment and became her main caregiver.

There was also a report which claimed the actor gave away $80 million of his earning to the special effects and make-up staff. But according to them, they were never paid anything from his money. Then it was revealed the money had gone to the budgetary department of the special effects so as to create a near perfect effect.

Moreover, Reeves started a bike manufacturing company called 'Arch Motorcycle Company.' He owns a Hollywood Hills home in Los Angeles worth $5 million. He also owns a Harley Davidson bike worth $28,000 and a West Coast Chopper worth $50,000.

He also co-founded a production company named Company Films. One of its notable projects is Henry's Crime. He also founded a cancer organization but without using his name on it. Apart from that, he is a firm supporter of PETA, The SickKids and Stands Up to a Cancer. He once disclosed his sister Kim also battled from Leukemia.

His girlfriend is buried next to her daughter, Ava Archer Reeves stillborn in December 1999.