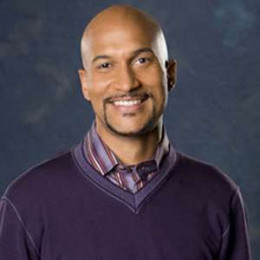 Keegan-Michael Key is an American actor, comedian, and a writer. He was adopted by Patricia Walsh and Michael Key when he was a child. Keegan completed his high school studies from Shrine Catholic High School in Royal Oak, Michigan and then went to the University of Detroit Mercy graduating with a degree in fine arts. He is popular as MADtv cast member.

Keegan-Michael Key appeared in the films "Hell Baby" and "Afternoon Delight" in 2013. In 2013, he appeared in the film "Tomorrowland" and voiced the character Murray in the animated feature "Hotel Transylvania 2". Key impersonated on MADtv not only male celebrities, but also females ones, like Rihanna, Eva Longoria, and others. He has been married to Cynthia Blaise since 1998.

Cynthia Blaise works as a dialect coach in movies. They have been married since 1998 and there are no signs of their separation.