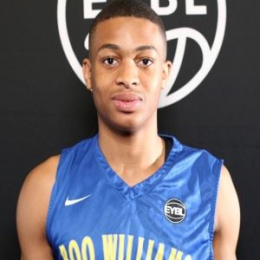 Is Keldon Johnson in a Relationship? Know more about his Personal Life

The 19-year-old rookie National Basketball Association(NBA) player Keldon Johnson has been in the center of media attention for some time because of his exceptional performance in high school and college games.

Here to take advantage, not take for granted‼️

The media is not only keeping a tab in his professional life but also in his personal life, but no information about his romantic life is known yet.

In light of no information, many people are quickly jumping into assumptions about his love life based on his small acts. One of those incidents took place in March 2019 in a match against Arkansas.

During the game, Johnson was seen winking, sticking his tongue out, and mouthing the words “I love you” to someone across the floor during a free throw.

The fans and media began to guess that he was saying this to some girl in the stand and began to find about her. Check out the video in which the commentators are speculating about Johnson actions

However, Johnson was quick to clear the rumor and stated following in an interview:

When asked why he was saying “I love you” to his teammate at that specific time, Johnson said he was simply trying to lift Washington’s spirits during a difficult game.

Johnson's statements slowed the rumors mill for a time being and again proved that he is currently just focused on building his career. Besides practicing and playing basketball he enjoys fishing.

What is Keldon Johnson's Net-worth? Know more about his Salary and Earnings

Keldon Johnson's net-worth lies between $9 million -$10 million. He earned this wealth from his playing career. Moroever, the first year salary of NBA player is around $8,133,200 which increases to $8,537,900 in the second year and similarly more in the third year depending on performance. 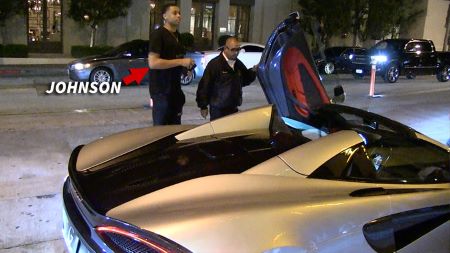 Johnson with his McLaren 720S Spider in Hollywood.
SOURCE: tmz

Johnson who was a star athlete in high school and college also earned a substantial amount through prizes and money for training. Also, he earns through endorsements and is currently sponsored by neweracap. Besides, he owns a McLaren 720S Spider car which costs around $300,000.

Keldon Johnson was born in Chesterfield, Virginia to father Chris Johnson and mother Rochelle Johnson. He is of  American nationality with  African-American ancestry.

When it comes to his educational background, Keldon attended Oak Hill Academy, South Hill, Virginia. While he was in school, he played for school as well as the United States men's national under-19 basketball team. His performance at high school made him a five-star recruit.

Johnson later got an offer to play basketball from Universities of Texas, California, and Kansas but he chose the University of Kentucky. He was then joined by recruits such as Immanuel Quickley, E. J. Montgomery, Ashton Hagans, and Tyler Herro.

Keldon additionally continued his excellent performance well in freshman college too and On June 20, 2019, Johnson was selected by the San Antonio Spurs in the 2019 NBA draft.