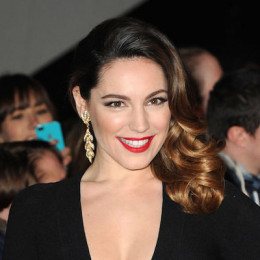 She is a model, actress best known for The Italian Job, Survival Island, Piranha 3D. She is the daughter of Kenneth Parsons, a scaffolder and Sandra Kelly, a cook. She studied at Thomas Aveling School and later joined Italia Conti Academy of Theatre Arts in London for 3 years. She is known as one of the most popular glamour models of all time who has appeared in some of the leading magazines such as Playboy, FHM and Loaded.

She is one of the beautiful lady in the planet and lot of guys fall for her stunning looks. Talking about her personal life, she has been into several relationships. She has dated many guys and with some of them she has been into a serious relationship. She has not been married yet and also does not have any kids. She was once expecting a baby girl with one of her boyfriend but due to miscarriage she had lost her.