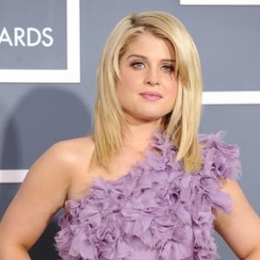 Kelly Osborne, who wowed fans with 85-pound weight loss is a well-known face on the television screen gained huge fame for her long career in the Hollywood industry. She built a position for herself as a TV presenter and also starred on E!s Fashion Police Police she served for five years.

Kelly Osbourne, who has had a lot of high profile romances, hasn't revealed her current relationship status. It is reported that she is currently strolling around the city with equally inked Ricki Hall. 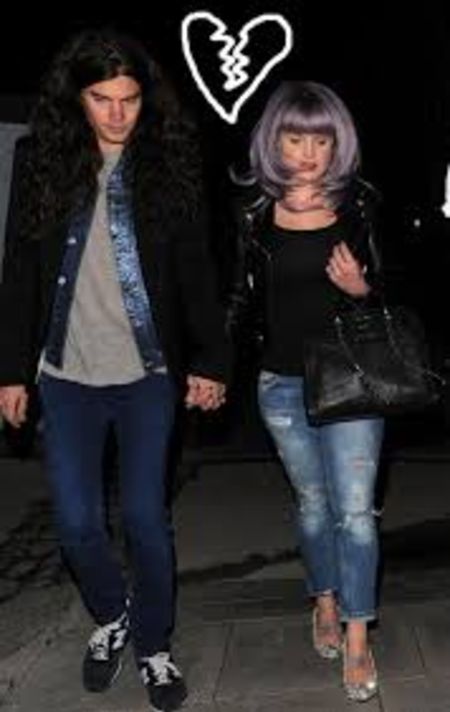 Kelly Osbourne was engaged to a chef, Matthew Mosshart in July 2013 after they met at the 2001 wedding ceremony of model Kate Moss Jamie Hince. However, the duo called off the engagement in January of 2014 citing personal issues.

The starlet dated Luke Worral from 2008 to 2010. Then in 2011, she was romantically linked to Rob Damiani. In 2019, Kelly found herself in another relationship with the tattooed model and skateboarder Jimmy Q, whom she dumped in August 2020 because of arguments.

Osbourne, a renowned television personality and actress made a huge fortune from her career. She now has an estimated net worth of £15 million. She managed to amass huge wealth from her job as an English singer, songwriter, and actress. 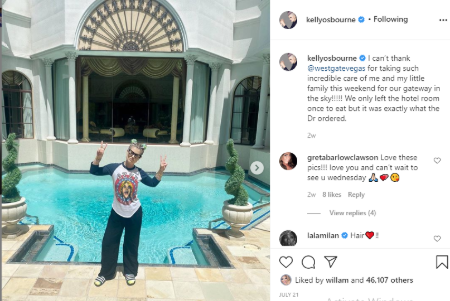 Kelly generates big bucks from fashion designing. Osborne has probably earned a decent amount from MTV show, which followed the family's every move. She was paid around $125,000 for her part in Dancing with the Stars.

Osbourne just bought actress Rooney Mara's 2,340 square foot mid-century modern house in Los Feliz for $3.575 million. The residence which was built in 1963 comprises two-bedroom, two bathrooms, an open-concept living room, a modern fireplace, surrounded by lush greenery. The house is believed to be the epitome of sophisticated modernism.

Osbourne, as a Philanthropic personality, once joined Give a Damn campaign in a way to conduct awareness of discrimination of the LGBT community as part of the True Colors Fund. The aim of the campaign is to let straight people stand up with the transgender community and stop discrimination. Some of those big names involved in the campaign are Whoopi Goldberg, Elton John, Judith Light, Kim Kardashian, and Clay Aiken.

Osbourne, an emotional eater burned 20 pounds after she signed up for Dancing With the Stars six months later. A Fellow dance partner from DWTS, Louis van Amstel taught her about nutrition.

As soon as her mum Sharon introduced her to trainer Sarah Hagaman, the three began working out together by going long hikes a few times a week in the Hollywood Hills. Later on, she dropped another 30 to 50 pounds.

In 2017, Kelly adapted a vegan M-Plan mushroom diet that was later practiced by Katy Perry too. Today, she motivates her friends to join her workout classes.

Kelly Osbourne was born on October 27, 1984, in England. The daughter of Sharon and Ozzy Osbourne shot to limelight on the family's MTV reality show The Osbournes in 2002. Kelly nowadays works as a judge on both Australia's Got Talent and Project Runway Junior.

Though the 35-year-old started a pop career in the early nineties, she hasn't released anything since 2005. She's been able to live in the hearts of millions after appearing on E!s fashion police and Dancing with the stars in 2008 winning third place.