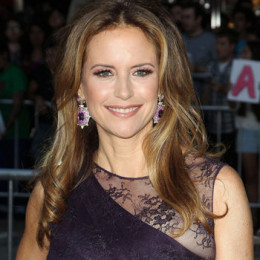 Kelly Preston is an actress and model who has appeared in more than 60 television and film productions. She is known for her role in Mischief, Twins, Jerry Maguire and From Dusk Till Dawn. By the age of 17, she started her modelling career. She is the daughter of Linda Carlson, an administrator of a mental health center, and Peter Palzis. She has English and Hawaiian ancestry.

Moving on to Kelly Preston's personal life, till now she has been married two times. She was married to her first husband for less than 2 years, who by profession is an actor. After getting a divorce from her husband, she met her second husband while filming The Experts. She has been enjoying her second marriage since 1991 and has raised two children, a daughter and a son. Actually, she had three kids, but her eldest son died of illness.

He is the first husband of Preston, who is an actor by profession. Their marriage ended in less than 2 years.

He is the second husband of Preston, whom she first met in 1987 while filming The Experts.

She is the only daughter born to Preston. These days she is busy enjoying her school life.

He is the youngest member in the house, who was born safe in 2010.