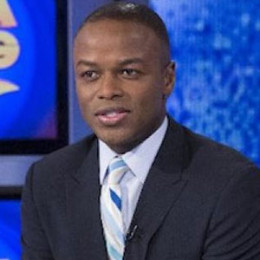 Two-times Emmy Award-winning American journalist, Kendis Gibson is currently working at ABC News as a correspondent and an anchor since 2014. His outstanding news reporting and performances in several networks helped him to win the award twice. Previously, the handsome hunk worked in several popular networks like NBC, CNN, CBS News, and now in ABC News.

Born 6th September 1978 in Belize City, Belize, Central America, Kendis Gibson is a journalist. As per Gibson's date of birth, his birth sign is Virgo.

Gibson's nationality is American and as far as his ethnicity is concerned, he is of Belizean-African-American. When it comes to his educational background, he earned a Bachelor of Arts degree in Political Science from the State University of New York in 1994.

Kendis Gibson started his journalism career in 1999 as an anchor and reporter at WHEC_TV 10 NBC. After working in the network for almost three years, he moved to NBC News in January 2000 as a correspondent. He covered the biggest breaking news stories across the world while working at NBC.

My favorite story of the day:
A 19-year-old was rescued after spending 49 days at sea when his fishing hut broke from its anchor and sent him drifting 1,200 miles away. ABC News' Stephanie Ramos reports.... https://t.co/oa0Rp4CAgc

In January 2002, Gibson left NBC and joined CNN as an entertainment anchor. He used to anchor the entertainment segments including HLN, CNN, and CNN International. Similarly, from February 2005 to 2008, Gibson served as a host on HGTV. He hosted the popular show of the network.

Moreover, the talented personality also worked in FOX 5 San Diego as an Evening News Anchor, CBS News as a correspondent, and in WJLA-TV as a news anchor & reporter.

that side eye from @janai.norman... either shade or judgement... probably both. : @mdisco

Since December 2014, Gibson served as a national anchor & correspondent at ABC News. He covered several stories for news in America. Besides, he won Emmy Awards twice for his hard work and dedication.

Take a look at how Kendis Gibson got under fire for his statement regarding South-Korean band BTS!

Kendis Gibson's major source of income is his journalism career from where he surely makes an impressive net worth and salary. As of 2018, his net worth is still under review, whereas, as per some sources, his earning is in $million.

The handsome hunk, Kendis Gibson prefers to keep his personal life and relationship lowkey. He shares almost no information about his life. With the limited information he shared, he is not married and is single in the present days.

So for now, Kendis is not dating any girlfriend nor is he married to any wife. The journalist often makes fun of his singlehood. Check this tweet out: 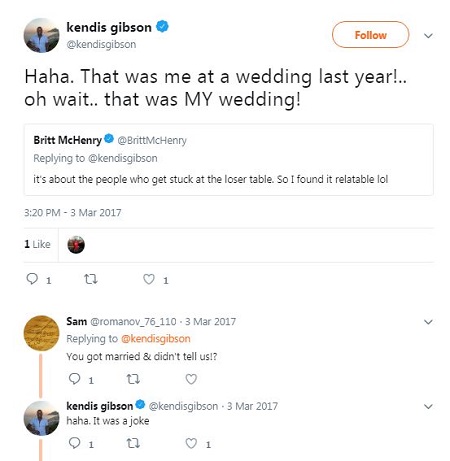 Moreover, Gibson is very close to an anchor from Fox 5, Susan Lennon. They also post pictures together due to which many of their fans might be curious to know about them and their relationship.

Here is the answer if you are one of those curious fans. Susan addressed Gibson as her friend and it seems like there is nothing between them.