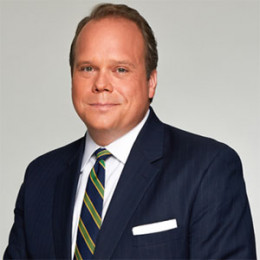 Chris Stirewalt was born in 1975, in Wheeling, West Virginia, United States. He belongs to white ethnicity. He currently resides in Washington, D.C.

In the year 1990, he attended The Linsly School in Wheeling, West Virginia before moving to Whitfield School. Later in 1993, Chris joined Hampden-Sydney College and graduated in 1997.

Stirewalt began his journalism career working with the Wheeling Intelligencer in West Virginia. After that, he worked as a political editor for Charleston Daily Mail in 1998. After working for six years there, he joined West Virginia Media where he worked for three years.

Furthermore, Chris Stirewalt went to Washington Examiner in November 2007 and served as a political editor. After gaining more experience regarding the work, he joined Fox News Channel in July 2010 as a digital political editor with Dana Perino.

The 43-year-old Stirewalt is a highly talented person. He mostly makes appearances on the popular networks on various programs such as America Live with Megyn Kelly. Besides, he is a fun person who has entertained many people through his work.

Chris might be married but details about his family life and wife is a mystery. He disclosed quit less information about his personal life. He has not mentioned about having any girlfriend in the past.

Other than that, Chris is devoted to his professional career. He is an animal lover and mostly like dogs.

Chris makes a good amount of salary through his work on Fox News Channel and many other networks. He has also maintained an estimated net worth over millions.