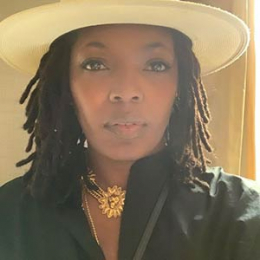 Mother of a famous actress Yara Shahidi, Keri Shahidi herself is an actress with a brief career in the industry. She portrayed a brief role in a series like 'In The Motherhood', 'American Dad!', and a movie called 'Butter'.

Keri Shahidi Married Life; Who Is Her Husband? Her Children?

Keri Shahidi is married to her boyfriend turned husband Afshin Shahidi for over two decades. Her husband is a cinematographer in the Hollywood industry. The couple is blessed with a daughter Yara Shahidi, a son Sayeed Shahidi, and another son Ehsan Shahidi. 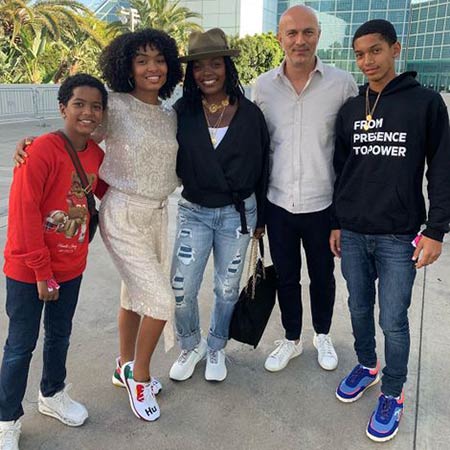 Keri Shahidi with her husband and children.

Keri and her husband rarely dropped any news regarding their wedding as they managed to tie the knot secretly. They were blessed with their first child Yara on February 10, 2000, and a son Sayeed on February 14, 2003. Their second son came to earth on March 7, 2008, in the United States.

Keri explained the meaning of the name of her children. Her choice of names for children was beautiful. Her daughter's name Yara means someone close to your heart, Sayeed means blessing and her younger son's name Ehsaan means to act as though God is watching.

You May Also Like: Ricki Noel Lander Dating, Boyfriend, Husband, Net Worth

Keri is quite smooth in keeping the secret of her married life. Her daughter and elder son have made quite a name in Hollywood, which makes it difficult to keep information under the radar. Nevertheless, she currently enjoys a delightful life with her husband and children.

Keri Shahidi Career; Know About Her Net Worth

With a brief career in the acting profession, Keri Shahidi is rarely in the media for her profession. On the other hand, her husband Afshin makes the net worth of $1 million. Thanks to his work as cinematography, he earns quite a good money. 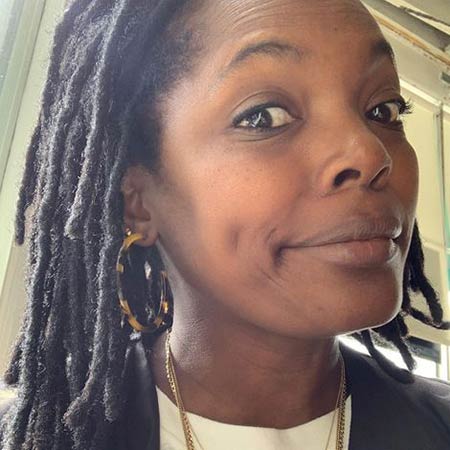 Keri is rarely credited for her acting career as she had just a few roles all her life. She was a part of the TV series, In The Motherhood, American Dad!, and a movie titled Butter. She also produced a short movie X, and also appeared as a guest The Tonight Show Starring Jimmy Fallon which is hosted by a famous Jimmy Fallon.

Besides, she is quite popular on Instagram with around 200,000 followers. Normally, social media influencer with over 100,000 followers charges around $2,000 per post. She does make some good money but her husband is quite an established cinematographer who makes over $50,000 a year which is an average salary of a cinematographer.

Keri Shahidi is the mother of a famous actress Yara Shahidi and an actor Sayeed Shahidi. She is of African American nationality and specifically of Yoruba and Fube descent. She is of Choctaw heritage. 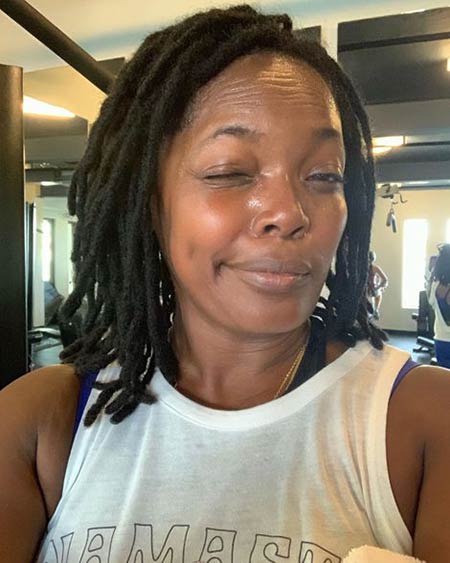 Keri and her family moved to California for her husband's work. Later, she pursued a career in movies and played part in a few TV series.

Go to marriedwiki.com/wiki for more information about your favorite celebrities!!!

Actress Keri Shahidi married her boyfriend turned husband Afshin Shahidi and kept the secret of the details of her wedding.