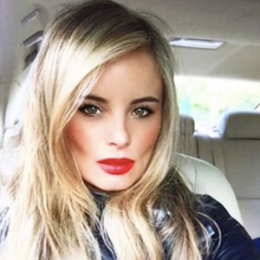 Ricki Noel Lander is an American actress, designer, entrepreneur, and model who came to prominence after her relationship with the owner of National Football League's New England Patriots, Major League Soccer's New England Revolution, and Gillette Stadium, Robert Kraft. They are together for seven years despite having the age difference of 33 years.

Ricki Noel Lander relishes blissful live-in together relationship with billionaire boyfriend Robert Kraft. Even though the couple went through highs and lows in their relationship, they are together for almost seven years.

Ricki Noel Lander and her darling Robert Kraft began dating in June 2012. Surprisingly enough, the duo's love affair gained a lot of public interest caise of their age difference. Ricki is widely popular for being the younger girlfriend of New England Patriots owner.

The news of the couple dating broke out after the infamous audition tape came out in which the Patriots' owner Robert was haplessly reading lines with Lander in advance of her audition.

The then video went viral and Kraft made a statement in which he revealed that he never thought the video would be made public and that he planned to stick to his day job moving forward.

Ricki is the mother of a baby girl, Monarch Somer born in 2017 but to one's surprise, none knows who is the father of her daughter. A source close to the couple confirmed Kraft is not the father of the child in a statement which says,

"Last fall, Ricki Noel Lander became the proud mother of a beautiful, healthy baby, while Robert Kraft is not the biological father, he is thrilled with Ricki's blessing of having a healthy child. With respect to her family's privacy, we will not be commenting any further."

They were spotted attending various awards shows, appearing arm-in-arm at Elton John’s Oscars party, and strolling the grounds of Allen & Company’s annual media conference in Sun Valley, Idaho. Despite, having a huge age barrier, their love is increasing each passing day.

How Much Is The Net Worth of Ricki Noel Lander? Know About Her Salary, Earning, Career

Ricki Noel Lander possesses the net worth of $2 million. She garnered this wealth from her lucrative modeling and acting career. In addition, the average salary of an actress is $45,000-$57,000 and that of the model is $42,180 per year.

She earned heavy bucks from her fashion shoots for brands like Benefit Cosmetics, Levi’s, Nordstrom, Target, Next UK, Report Shoes, Nine West and many more. Moreover, she also appeared in the editorial pages of WWD, Elle Canada, Cosmopolitan, Shape, and Glamour magazine. Also, the model spent several years under contract with Ford Models, shooting for a variety of brands and publications

On the other hand, Lander's beau, Robert is the billionaire owner of the NFL's New England Patriots who holds the net worth of $6.6 billion. Furthermore, Robert also owns the stadium in which the Patriots play, Gillette Stadium which costs $325 million. He is also the owner of his once-downtrodden hometown team in 1994 worth $172 million. 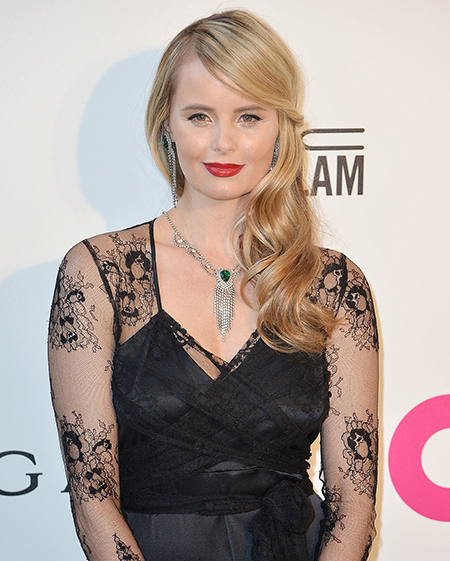 Ricki Noel Lander gave birth to a daughter, Monarch Somer in 2017. The identity of the child's father has not been discoed yet.