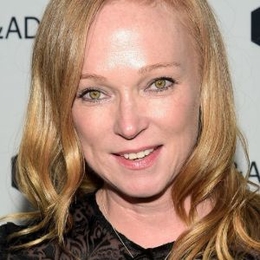 Everyone has talent but what's rare is the courage to chase it to the dark places. Precisely, the case is the same as Kerstin Emhoff who is an award-winning American film producer as well as the CEO of a film production company. She garnered popularity from her relationship with the entertainment lawyer Douglas Emhoff with whom she parents two children.

Kerstin Emhoff is probably not involved in any kind of romantic relationship till today's date post a bitter separation with the father of her kids. As of now, she is looking after her grown-up children as a single mother. 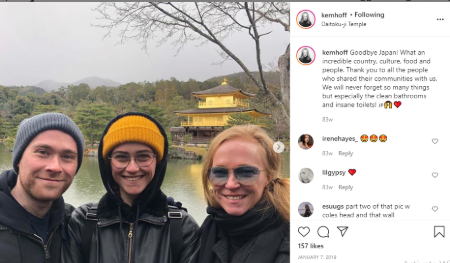 That's not all, the production company founder has good bonding with her ex-husband's wife Harris. As Douglas, Harris, and Kerstin have decided to co-parent their children, Cole Emhoff and Ella Emhoff, Kerstin has been the blended family of Kamala Harris.

Even though the marriage between Kerstin and Douglas ended in divorce, the couple remains "incredibly close" according to Douglas for the sake of kids. Kerstin-Douglas' children refer to their stepmom Harris as "Momala". According to Harris, Cole and Ella are brilliant, funny, and talented kids who have grown to be remarkable adults.

After divorce with Kerstin, Douglas moved on with U.S. Senator Kamala Harris, tying a wedding knot on August 22, 2014. The ceremony was held in Santa Barbara, California officiated with Kamala's sister Maya Harris. 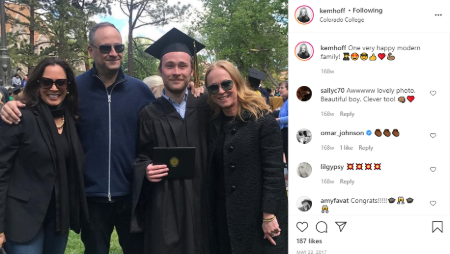 The lawyer met the U.S. senator Harris in Los Angeles during his client meeting which later led to a blind date. They ended up getting engaged in March 2014 and hitched five months later.

Kerstin Emhoff, the mother of three possesses an estimated net worth of $3 million as of 2020. She receives a huge payroll from her job as a founder of a production company and CEO of Pretty Bird.

She co-formed the film production company Prettybird in the 2000s and serves as its CEO. In 2012, the company's films led her to Grammy Awards, Cannes Lions, and Emmy Awards and personally won News & Documentary Emmy Award in the same year.

The AKA Jane Roe 2020 documentary producer, served on the board of directors regarding the Association of Independent Commercial Producers (AICP) for over ten years. Kerstin is the founder of non-profit organization Pipelines which aims to help people from underrepresented communities break through social barriers in the media industry.

Stay tuned to Marriedwiki.com for more celebrity biography and articles.

Kerstin Emhoff was married to Douglas Emhoff in 1988 and lived together as husband-wife for 25 years. They share two children Ella and Cole.

Cole Emhoff was born in 1994 as the first child to Kerstin and Douglas Emhoff. He has one sibling Ella Emhoff.