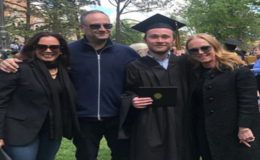 Kerstin Emhoff is a successful film producer, in her own right. But, she attained more fame and recognition after her former spouse married the 2020 Vice Presidential nominee, Kamala Harris. So, who is Kerstin's husband?

First things first, the film producer Kerstin Emhoff, as an American film producer and businesswoman has invested in many movies and production projects. Emhoff's career didn't skyrocket as soon as she kicked off her venture, though. But, it was at the beginning of her career, Emhoff met her then-future husband Douglas Emhoff. 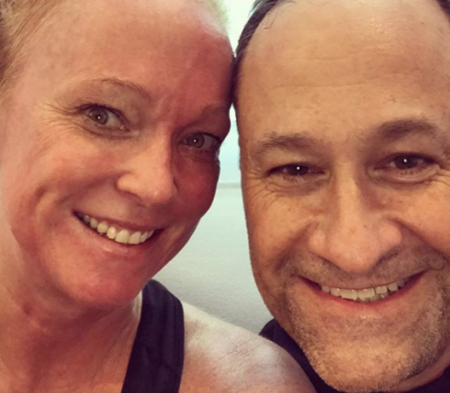 Things instantly went pretty smooth after the couple met each other as they began dating. Kerstin and her then-boyfriend actually got along really well, to say the least, despite their job difference as Douglas is involved in a different profession. Well, he is an attorney.

Taking their relationship into the next level, Douglas proposed Kerstin not long after they became a boyfriend and girlfriend and became a married couple. The wedding was a secret ceremony, held mutually by Kerstin and Douglas.

Surprisingly, their marriage was able to continue for an impressive year of 25. However, the romance between Kerstin and her then-husband Douglas turned sour as they later divorced. Both, parties remained a divorcee and single parents until Douglas married politician Kamala Harris in 2014.

As for Kerstin, she avoids public attention and limelight as possibly as she can which is why her new relationship isn't known yet in contrast to her former husband who is very much in love with Harris.

Film producer Kerstin Emhoff and her former husband Douglas Emhoff might be divorced but the two are still connected in their lives for the sake of their two grown-up children. From their twenty-five years of marriage, Kerstin and Douglas welcomed and raised two kids together including a son and a daughter both.

Well, Kerstin is a mother to Cole Emhoff and Ella Emhoff who are both college graduates. Their son attended Colorado College and completed his studies in May 2017 and later bagged a job at the William Morris Endeavor. As for Ella, she went to Parsons School of Design in New York to study art and design.

Kerstin and Douglas share equal custody of their children. Other than that, both Cole and Ella also share a great relation and bond with their step-mother, Kamala Harris. Not just her kids, Kerstin as well as maintain a positive relationship with the Democrat.

Born in 1967, Kerstin Emhoff, originally born as Kerstin Mackin, hails from Minneapolis, Minnesota. She changed her surname from Mackin to Emhoff after her marriage to lawyer Douglas Emhoff. Kerstin celebrates her birthday on 18th March and her current age is 53 in 2020.

Belonging to the Caucasian race, the film producer carries the heritage of being Swedish. She moved to LA during her youth to look for a job and start her career in the movie industry and immediately got the taste of working as a producer for films.

Emhoff then started her own company called Prettybird which has won many prestigious awards including the Grammys and Emmys. To mention more, Emhoff produced The Final Year, We Are the Giant, Beyonce's Pretty Hurts music video, Manhunt: The Search for Bin Laden, XOXO and The Tillman Story among the others.