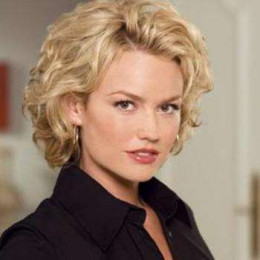 Kimber Lynn Eastwood is an American film producer and make-up artist, who since 2008 have produced several films with many more projects in different genres coming in the near future. She is a seasoned professional who grew up in the entertainment industry as she is the daughter of legendary actor Clint Eastwood and Roxanne Tunis, an actress and dancer. She was born as Kimber Lynn Tunis.

Kimber is the daughter of Clint Eastwood, a legendary actor, filmmaker, musician, and political figure and Roxanne Tunis, an actress and dancer. She was born on 17th June 1964 in Los Angeles, California, USA.

Kimber is the granddaughter of Margaret Ruth Eastwood. Because of her close-knit family, her early life, as well as details of her education are kept in quiet. Kimber Lynn Eastwood is popular from her childhood years because of the last name 'Eastwood' along with her name.

Since 2008, Kimber added a new chapter as a film producer. She produced many films with many projects in different genres coming in the near future. Kimber began her career as a make-up artist. The Gulf, Dog, and Beth: On the Hunt, Dog and the Bounty Hunter, A Way Back In, and The Middleman are her popular movies.

Although Kimber has not important roles in films, she worked in many movies. In 1989, she appeared as 'a girl camper' in the movie named 'The Freeway Maniac'. Also in 1997, Kimber appeared in 'White House Tour Guide'.

Eastwood worked as Lisa in the 2001 film called 'Passion Crimes'. Again in 2002, Kimber played the role of the counselor in the movie 'Crossed'.

She worked in many movies including Stuck, A Way Back In, as well as The Vanishing Hitchhiker. In 2014, Kimber produced her film named 'Rapture'.This movie became successful and established herself as a producer.

After that, she has been the part of producing many movies including Paranormal Silence, Trew Calling as well as The Heaven and Hell Collide.

There were rumored that Kimber has been in several relationships before her marriage. Kimber was previously married Anthony Gaddie, a gardener. The couple first met on the set of a television series.

The couple married on 7th November 1983 just seven years after their marriage the couple divorced in 1990. The couple has a son named Clinton Eastwood Gaddie born on 21st February 1984.

After dating for several months, Kimber married Shawn Midkiff, an actor, and producer, known for his popular movie 'Trew Calling'. Their marriage ceremony was conducted smoothly in the church with few guests which only includes their nearest and dearest family and friends.

Currently, she is enjoying her second marriage. As she is a married woman and mother of a kid, she is straight. Being so popular she hasn't been a part of any controversial issues to date.

Kimber Lynn Eastwood is known as one of the richest Hollywood celebrities as her estimated net worth is $225 million. However, her father, Clint Eastwood has a net worth of $375 million.

He is the first husband of Eastwood, who is said to be a gardener. The two stayed as husband and wife for almost 7 years.

He is the second and current husband of the gorgeous Eastwood, who by profession is an actor and producer. Detailed information about their marriage has not been disclosed to the media yet.