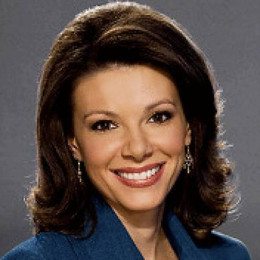 A Nepali-born former American television broadcast journalist anchor Kiran Chetry who used to work as a cable news anchor for CNN’s early morning show. She was also former anchor of cable news at Fox News. Currently she is working at late night infomercials for the Nutri Bullet. Her parents immigrated to United States when she was just 7 months old. She is daughter to Hom Chetry and Nancy. She graduated in broadcast journalism from University of Maryland, College Park's College. She started her career as main anchor and health reporter at WICU-TV. Later she left it and joined Fox News channel as rotating anchor for Fox News Live and the early morning news program Fox and Friends First.She was also included in top ten list of TV's Sexiest News Anchors by Maxim magazine.

Exploring about her personal life, she already tied in the knot with her longtime lover. Since she was announced as the world's second sexiest female anchor, it is obvious that she has been the heart throb of many guys.

She found her husband to be, Chris Knowles, while working for the WPIX-TV. where they turned their romance into marriage. But the relationship didn't go well and they got separated following her departure from CNN. Together they were parents of two children.

The pair divorced in 2013 after some years living as a husband and wife.

Well, her current Twitter post definitely stunned every single fan of her. She celebrated Valentine's Day 2019 and wished everyone including her family, children and "hubby" on the very day.

Happy Valentine’s Day to all of those I love including my hubby, family, children, and everyone else who may feel alone today. You are [email protected] thanks for this amazing candid shot! pic.twitter.com/15odbhfQqs

Is she secretly married her second husband? Has she reconciled with her first husband Chris Knowles?

Still, the questions are left unanswered.

Kiran Carrie Chetry was born on 26 August 1974 in Patan Hospital, Nepal to parents Hom Chetry and Nancy. Her parents met when her mother was a Peace Corps Volunteer in Nepal.

Professionally, he was a former Fox News Channel and also erstwhile New York City WPIX-TV weekend weatherman. Together they were parents of two child. Currently they are separated.

She weighed 6 lb. 10oz when she was born. She is the eldest child in the family.

He weighed 7 pounds when he was born. His picture can be found in different sites.