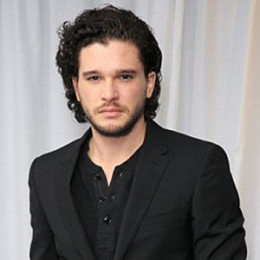 Kit Harrington is best known for playing Jon Snow in the famous series Game of Thrones was born on 26 December 1986. He became one of the highest-paid actors on television in 2017 as he earned $2.5 million per episode in Game of Thrones.

The HBO television series “Game of Thrones” role player Jon Snow, Kit Harington is an English actor who was born on December 26, 1986. He grew up in Acton, London to Deborah Jane, a former playwright, and Sir David Richard Harington, a businessman, 15th Baronet.

Kit attended the Southfield Primary School from 1992 to 1998. At the age of 11, his family moved to Worcestershire, and there he joined the Chantry High School in Martley until 2003.

The highest paid TV actor Kit Harington studied Worcester Sixth Form College, where he studied Drama and Theatre from 2003 to 2005. At the age of 18, he returned to London and in 2008, Kit graduated from the Central School of Speech and Drama.

Before acting, Kit Harington wanted to become a cameraman, a journalist, or a war correspondent. At the drama school, he landed the role of Albert in “War Horse” in the National Theatres.

Kit Harington in Game of Thrones

After War Horse, Kit Harington auditioned for his first TV role as a Jon Snow in the TV series “Game of Thrones”. The show debuted in 2011 to countless support and positive reviews and shortly picked up by the network for a second season.

In 2012, Harington was nominated for a Saturn Award for Best Supporting Actor on TV for his role.

In 2012, he made his cinematic debut as Vincent in “Silent Hill: Revelation 3D”. He was awarded Actor of the Year at the Young Hollywood Awards 2013.

While working on Game of Thrones, Kit found time for several projects. He starred in the historical action-adventure “Pompeii” in 2013. That year, he also voiced Eret in “How to Train Your Dragon 2”, which was a success, and won the Golden Globe Award for Best Animated Feature Film.

In December 2014, Harington announced that he would feature in Xavier Dolan’s upcoming film “The Death and Life of John F. Donovan”. In 2016, he starred as the lead villain in the first-person shooter video game “Call of Duty: infinite Warfare”.

On February 19, 2017, Harington was said to star and executive produce a three-part antique drama for BBC based on the real story of the Gunpowder Plot.

Harington is done filming Game of Thrones and in 2019, he will be seen on the big screen playing the role of Viking Eret in How to Train Your Dragon: The Hidden World.

During an interview with the Belfast Telegraph, he talked about The Hidden World and Game of Thrones. He admitted that he burst into tears filming the last season of GOT which was aired on 14th April 2019.

The handsome  Kit Harington is still unmarried, but not single. He has been dating Game of Thrones co-star Rose Leslie since 2012. In 2016 Kit set that he has been in an on-and-off relationship with Rose. The lovebird first met on the set of Game of Thrones season 2 and soon after Harington fell in love with her co-actress Rose.

Well, the rumors about them breaking up and patching up have stormed the media. However, they seem to share a very strong bond. The couple announced their engagement in September 2017 through the "Forthcoming Marriages" section of The Times.

The heavenly duo tied the knot on 23 June 2018 at Rayne Parish Church in Aberdeenshire, Scotland.

Kit Harington has an estimated net worth of $12 million. He became one of the highest-paid actors on TV in 2017 and earned $2.5 million per episode of Game of Thrones.