Home Article Kit Harington and Rose Leslie Are Engaged!! Find out all the Details here

Kit Harington and Rose Leslie Are Engaged!! Find out all the Details here 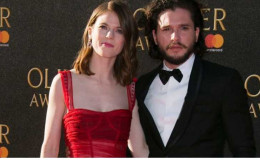 Kit Harington and Rose Leslie Are Engaged!! Find out all the Details here , couple might get married soon.

Jon Snow might know nothing but he sure does know how to woo his woman!

Game of Thrones leads, Kit Harington and Rose Leslie are finally engaged! This on-screen romance turned to real-life romance has definitely become a hot topic. Let's dig into all the details about this couple.

It all started when Kit and Rose first met while filming the fictional Game of Thrones as onscreen couple and both fell in love! Aww.. They first confirmed their relationship back in 2012 when rumored stirred the web that the duo might be dating. 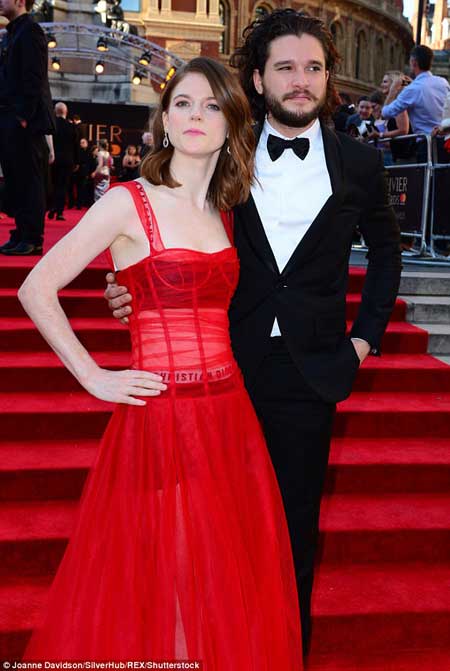 However, after dating for a year, they sadly announced that they had separated due to personal differences. It was a huge shock for all their fans.

Despite the split, the beloved pair finally reconciled and got back together, fueling their romance to the fullest and confirmed that the couple is in a relationship in April 2016.

The amazing pair also made their red carpet appearance together at the Olivier Awards in London.

Their characters as Jon Snow and Ygritte was the most admired and favorite pair and now they are officially engaged! A big congratulation to this couple!! 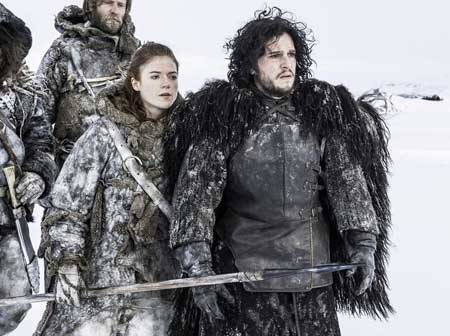 Kit as Jon Snow and Rose Leslie as Ygritte in Game of Thrones, Source: People

This is not it guys! The pair even took this big announcement in their local newspaper of the Times in England in the Forthcoming Marriages section that read,

"MR. K.C. HARINGTON AND MISS R.E. LESLIE. The engagement is announced between Kit, younger son of David and Deborah Harington of Worcestershire, and Rose, middle daughters of Sebastian and Candy Leslie of Aberdeenshire.” 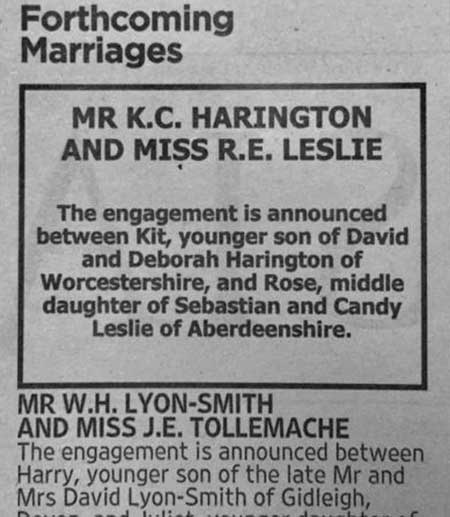 Not only this, the solid pair bought a seven-bedroom medieval timber home that extends 8 acres in East Anglia and moved in together in the countryside. There were also rumors that they had got engaged back in July but those are just hoaxes.

The couple is yet to announce their save the dates and we all are eagerly waiting for their grand wedding that would definitely occur this year.

According to sources, Kit proposed his leading lady rose while attending a romantic dinner. He cooked Rosed a wonderful candle night dinner and got down on knee and that's how they got engaged! Rose burst into tears and exclaimed YES! Relationship goals.

We wish this couple lifetime of happiness and best wishes for their future endeavors. For more recent news and updates keep following our page!!