NBA Player Klay Thompson Staying Mum About His Secret Girlfriend, Surprisingly Not Dating Anyone At Present! 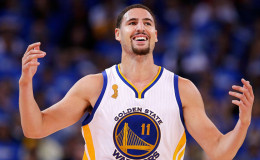 Golden State Warriors Klay Thompson has the most impressive dating resumes. Along with his skills on the basketball court, the tall and good-looking NBA star is also in the limelight for his colorful dating life.

It is obvious that fans are curious about Thompson’s present girlfriend, past affairs, career, and net worth. So, who is the three-time NBA All-Star dating? Let's have a closer peep into the life of Thompson right here!

Though Klay Thompson has been romantically linked with his several female pals in the past, the 28-year-old NBA star has not confirmed his romance with any of them. Hence, he is not dating anyone officially.

Thompson was rumored to be dating Instagram model, Abigail Ratchford in late 2017. Their romance rumor sparked after the model shared snaps of Thompson's Bulldog, Rocco and his bedroom on her Snapchat in August 2017.

Though he's rumored to be in a relationship with Ratchford, there's been no sign of his girlfriends or dates on his social media in 2018.

Instead, his adorable bulldog is everywhere in his Instagram posts. 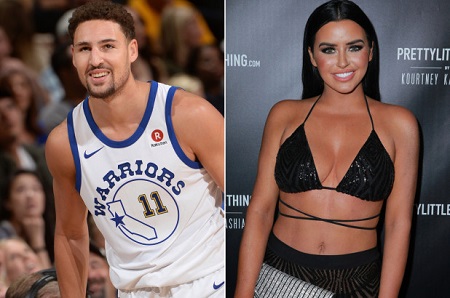 She captioned one of the pictures:

"That was the best I've slept in a year."

The basketball player, however, denied his relationship with Ratchford when curious media asked whether he's dating the gorgeous model.

Some reliable sources reported that Thompson and Harrier have been dating each other for months and are very serious about their affair.

Thompson was romantically linked with L.A. Rams cheerleader Cherise Sandra in 2016 after a picture which the brunette shared on Instagram went viral. 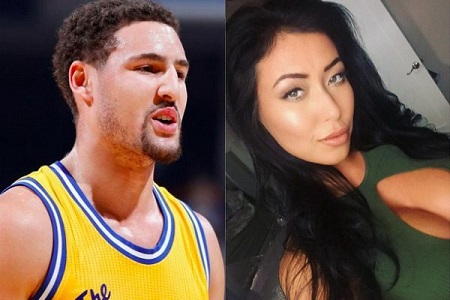 At the time, Sandra shared a photo of herself on her Instagram with a caption:

“You & Me baby Sorry my names tagged on your patio @klaythompson.”

“They aren’t dating at all. The first time they met was that day. She was a guest of a guest, that’s it,”

The list still goes on. Thompson was also rumored to be dating Fordham basketball player, Tiffany Suarez in 2015 after they two went to a dinner date. 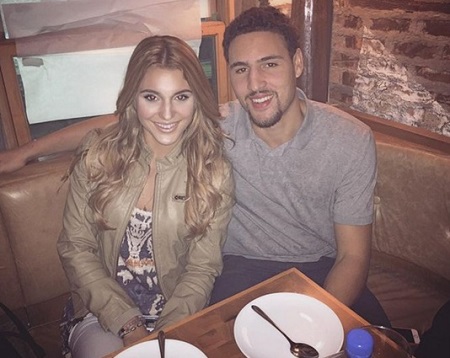 Suarez shared a picture of them with a caption:

“Thank you for an amazing night.”

Neither Thompson nor Suarez confirmed their dating rumor.

His much talked about the affair was with model Hanna Stocking. The Warriors guard dated model and YouTube star, Hannah Stocking back in 2014 for almost a year. Thompson and Stocking were together for one year until the model accused the NBA star of cheating on her. 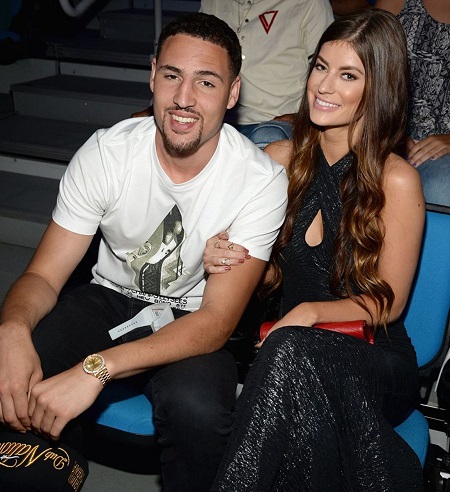 Klay Thompson and Hannah Stocking dated from 2014 to 2015.
Source: Maxim

Stocking accused her then-boyfriend of sleeping with another girl via her Twitter in 2015 sharing a meme of Thompson's face.  She wrote:

She further continued her series of tweets:

“So I guess he really wanted that tag to get his number up.” 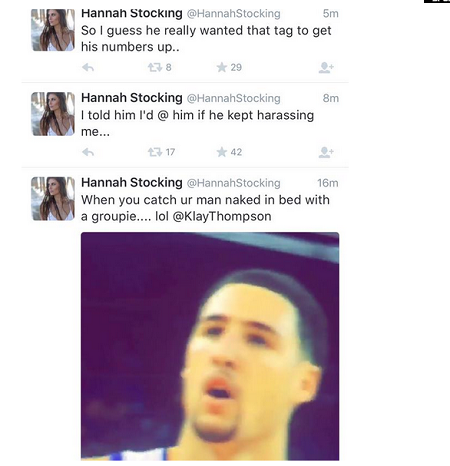 Stocking has removed all her tweets by now and we guess she's moved on too! 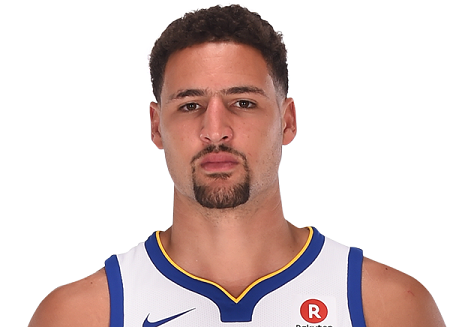