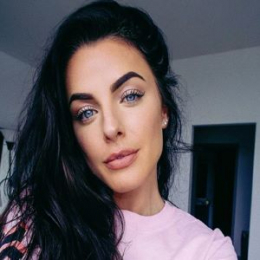 Instagram star and model Kylie Rae Hall is one of those famous faces who came to prominence with the help of her beau. Kylie became popular after collaborations with her boyfriend and successful YouTuber Mark Dohner and his friends Logan Paul, Jake Paul and so on.

Is Kylie Rae Hall Dating Someone? Know About Her Boyfriend, Past Relationship, Break Up

Kylie Rae Hall is possibly single as of now. She is not so secretive about her life and love to give every update about her life to the fans. Moreover, she is currently enjoying her single life after break up with her long-time boyfriend Mark Dohner.

just a lil cancer baby in her element (do you believe in zodiac signs? If so, what’s yours?) Film : @olav

Kylie and Mark were in a romantic relationship for two years. The couple first met at the club back on 6 Jan 2017 but started dating officially only after 5 months. They were sharing a quite strong bond and always used to show love and admiration to one another. 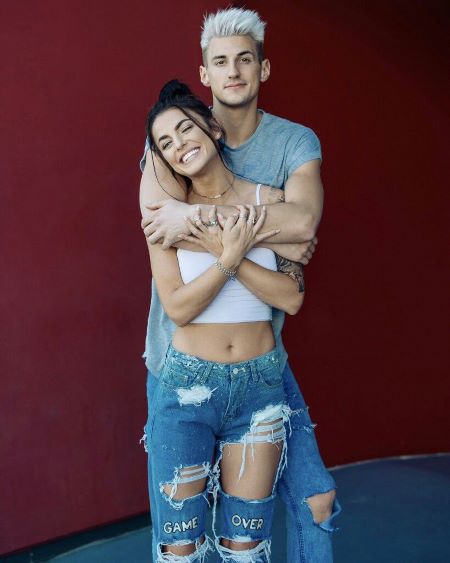 The pair even met each other's parents and their parents were well had no objection to their relationship. Moreover, Mark was the one who encouraged her to begin vlogging by gifting her a vlogging camera. What's more, he even wrote a song for Kylie about their first meeting to how they fell in love!!!

The former couple were living a blissful life together but unfortunately, they decided to part their ways after dating for 2 years. However, they didn't disclose the exact reason for their break up stating they separated on mutual understanding.

this about sums up weekend 2 see you again next weekend (Palm Springs, we really have to stop meeting up like this)

Meanwhile, fans speculate Kylie is secretly dating singer, storyteller, and dancer, Brian Logan Dales and even cheated on Mark with him. Well, Rae dated many men in the past whereas it was the first relationship for the YouTuber Mark.

How Much Is The Net Worth Of Kylie Rae Hall?

Kylie Rae Hall amasses the net worth of around $500 thousand to $1 million. She garnered this wealth from her lucrative career as a model, YouTuber, as well as Instagram influencer. In addition, the average salary of a model in the United States is $42180.

I don’t know who needs to hear this, but a mimosa contains 32% of your suggested intake of vitamin C. You’re welcome. @laurenalexandra_photography

Hall is quite popular on her YouTube channel for her energetic vlogs, as well as her inspirational videos, fashion and makeup tips, and challenge videos. Moreover, she earns around $13 thousand per year from her YouTube channel, Kylie Rae.

Kylie makes big bucks from photo shoots, brand endorsements, advertisements as well as other monetary works. Moreover, she walked the ramp for the first time at the Miami Swim Week in 2017 and profiled in Kaboom Magazine's online publication.

Hall also acted in a movie named RISQUÉ. Likewise, she is quite popular on her Instagram with her 2.7 million followers where she shares modeling poses, highlights from previous modeling shoots, and photos and videos documenting her personal life. Furthermore, she earns $5300 - $8900 per promotional post on her Instagram account. 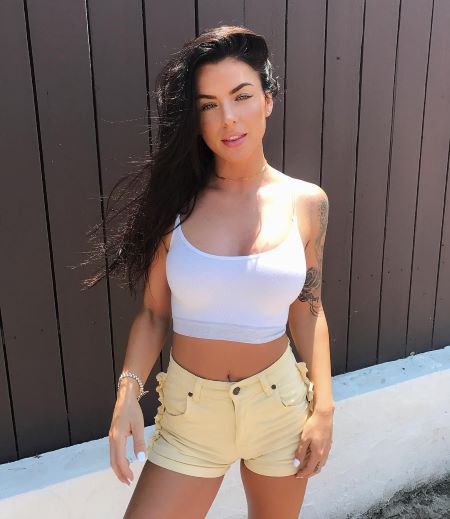