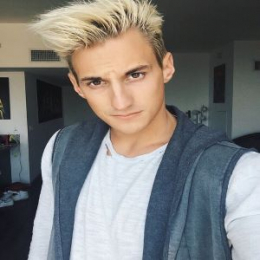 Popular from the video entitled “Saying 'Merry Christmas' to someone who doesn't celebrate Christmas", Mark Dohner is a YouTuber, Viner, actor as well as Filmmaker. He is also immensely popular on social media, Instagram, with more than 3.1 million followers where he shares his snaps, comedy vines as well as short videos.

Who Is Mark Dohner's Girlfriend? Know About His Dating, Break Up

Mark Dohner is not dating any girl currently. Despite his handsome looks and dashing personality, the YouTuber is single. It seems like Mark is taking some space from a relationship and trying to move on from his recent break-up.

catch flights, not feelings if you could travel ANYWHERE, where would you go? 🛩 #travel

Dohner previously dated his longtime girlfriend Kylie Rae Hall. Moreover, Kylie is a model, actress as well as YouTuber. They first met at the club on 6 Jan 2017 however, they started dating only after a few months. They were not shy to show off their affection and often posted photos and vlogs together. Have a look at a vlog where Mark gives surprise anniversary gifts to his love.

The former couple was quite supportive of one another in every decision. Likewise, Mark even wrote a song for Kylie about their first meeting to how they fell in love. Care to have a look!!!

The pair was living a happy and blissful life however their happiness didn't last long as they decided to part their ways after 2 years of dating. Though they didn't disclose the exact reason for their split, the lovebirds separated on mutual understanding.

How Much Is The Net Worth Of Mark Dohner?

Mark Dohner possesses the net worth of around $1 million to $5 million all thanks to his career as YouTuber. He amasses around $80 thousand from his YouTube channel, Mark Dohner where he amasses the subscriber over 2.1 million and the video views more than 277 million.

we went FULL SAVAGE and wrapped my car NEON YELLOW! also threw on some 22” rims! Do you like it?! what color we should wrap it next?! I’m thinkin’ (: @mattlesss)

Mark's first vine 'Saying Merry Christmas' to someone who doesn't celebrate Christmas which featured Logan Paul and actor Josh Peck. The video went viral overnight with it being shared over and over again within the social media communities.

Mark earns a good stack of money from other additional works such as brand endorsements, promotions, advertisements, and other monetary works. Likewise, he makes $6,330.75 - $10,551.25 per post on his Instagram. Mark is a Brand Ambassador of Curve Fragrances since 2017.

how to get to the front of the line on BLACK FRIDAY! LIKE & Tag 3 Friends! (w/ @curvefragrances) #BrandAmbassador

Dohner owns a Range rover which costs around $177,500. Moreover, he also owns a luxurious home which he shares with his friends George Janko and Grady Rains. Whatmore, he made a good fortune from his songs like People Love Me Mark and Does Your Mama Knows. 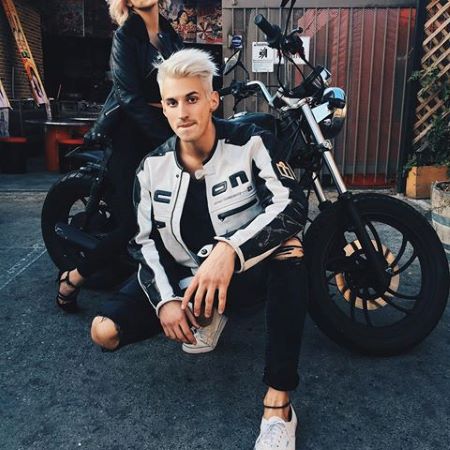