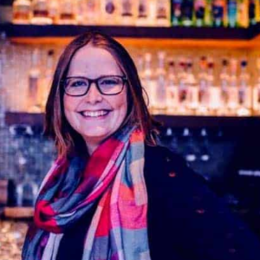 Lanie Bayless is an American celebrity kid best known for being the daughter of a celebrity chef and restaurateur. Mr. Rick Bayless specializes in traditional Mexican cuisine with the latest interpretations.

WHo is Lanie Bayless Married to? Know About Her Husband And Baby "If Any"

Lanie Bayless has embraced a low-profile life. She is not much popular as her parents, especially her dad Rick Bayless. Lanie's parents walked down the aisle in 1979. 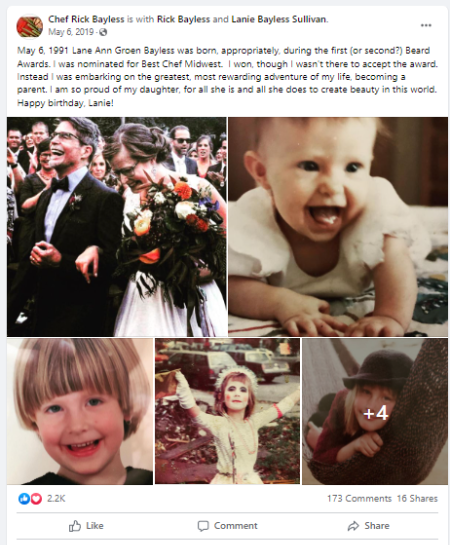 Rick Bayless walked his daughter down the aisle in her 20 s. SOURCE: Rick Bayless's Facebook

Deann and Rick have been together for more than forty-three years. Despite being together for decades, The Rick-Deann duo has never become part of extramarital affairs and divorce rumors.

The couple welcomed a daughter Lanie Bayless in 1991 in the United States. Lanie's real birth name is Lanie Ann Bayless Sulli an. She is currently thirty-one years old.

Lanie Bayless, the celebrity kid, is a married woman. She tied a knot with her long-term partner Kevin Sullivan in June 2015. Lanie flaunted her wedding ring via Facebook post, writing how blessed she was to Kevin's wife in the same month.

Around seven bridesmaids and seven best men attended Lanie-Kevin's lavish wedding. Lanie Bayless wore a customized white gown at her wedding while her husband was stunned in a grey-white tuxedo. 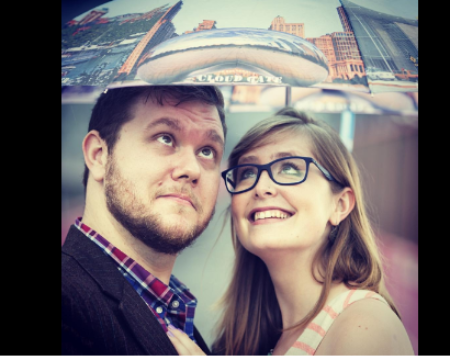 Lanie Bayless lives with her husband, Kevin Sullivan. SOURCE: Lanie Bayless Sullivan's Facebook
Both of them are avid fans of the Chicago Cubs. The lovebirds frequently attend Chicago Cubs matches at stadiums. Bayless Sullivan has now become a mother to a son, according to Kevin Sullivan's Facebook post of October 9, 2020.
Mr. Kevin prefers keeping his matter away from the media like his partner. He has not shared anything much regarding his family background and profession.

Previously worked as an Assistant Director of Programming for various publications like Cosmo Magaz ne. In early 2016, Lanie decided to work at her father's restaurant Lena Brava as a manager.

Check out the clip of Lanie Bayless teaching her audience to make a Guacamole cocktail!

Rick Bayless is a culinary artist and regional Mexican cuisine popular. He prefers promoting local food and is well known because of Frontera Gr ll's culinary empire. Rick co-owns the company with his wife, Dean Bayl ss. Rick had been an executive chef at Lopez y Gonzalez in Ohio.

Lanie Bayless Sullivan is happily married to Kevin Sullivan since 2015, They have been together for more than eight years.