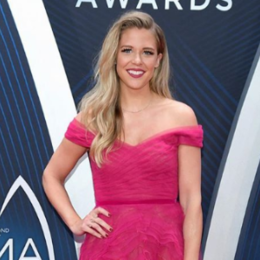 Lauren Akins is an American nurse. Besides her profession, she gained much popularity after marrying her husband, Thomas Rhett, an American singer-songwriter. Akins and her partner Thomas dated on-off for long before getting hitched. The husband and wife are proud parents of three adorable kids. Let's find out in detail about their married life.

Lauren Akin is in a blissful married life with her boyfriend turned husband, Thomas Rhett, an American singer-songwriter. They knew each other since their childhood as the two studied together from the first grade. At the age of 13, the duo attended church camp together. 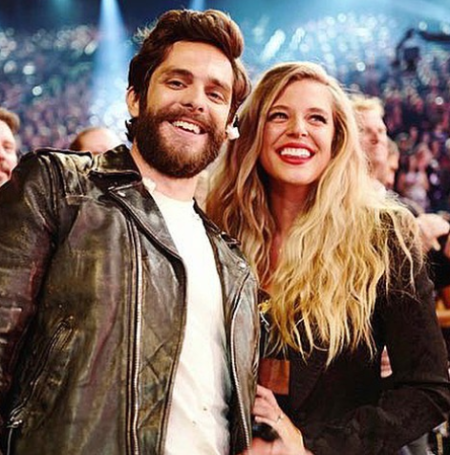 Akin and Thomas first began dating at the age of 15; however, things did not work out well in between them, so they parted their ways after being in a relationship for only a few months. Although the lovebirds separated, they remained best friends.

While they were teenagers, the two dated thier respective partners. In an interview, Thomas revealed that he was almost married to his girlfriend. Nevertheless, Rhett said that Akin's father called him and said; 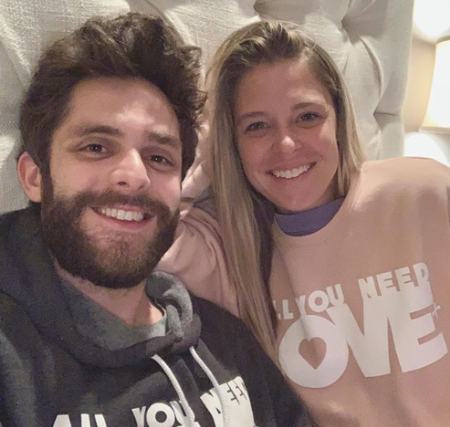 At that time, Akin had just broken up with her boyfriend. After Thomas went to Lauren's house, the duo kissed, and since then, their romance began. Further, shortly after dating for just six months, the lovebirds engaged.

Similarly, Akin and her fiancee Thomas did not do a delay to take their relationship one step further and married on 12th October 2012. At the time of their wedding, both of them were 22 years old. While interviewing, Rhett's father told that most people said the singer not to marry Akin. 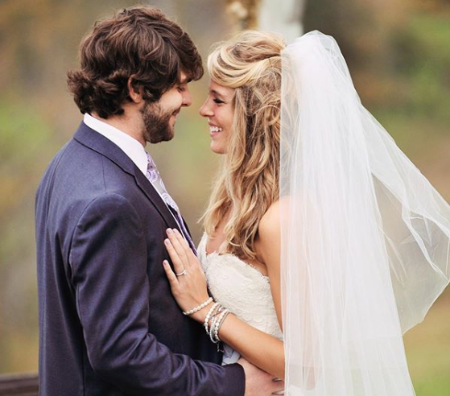 'But when I saw them stare at each other the entire 20 minutes they were saying their vows, it's like these two people are meant to be together. They are beyond in love,' he added. For a honeymoon, the newlyweds went to Oahu.

An American nurse Lauren Akins and her husband, Thomas Rhett, have a golden heart. While touring different African nations in 2015, the two made decisions to adopt an orphan child. Later, in February 2017, the husband and wife announced to expand a family by impending adoption as well as birth.

So in May 2017, the couple adopted a 18-month-old daughter, Willa Gray Akins, from Uganda. Thomas announced the happy news via Twitter by uploading a lovely picture of them with their new family member. During that, time his wife Lauren was pregnant with their first biological baby. 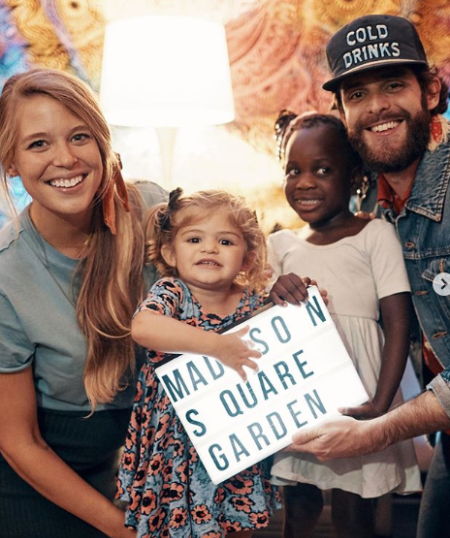 Lauren Akins with her spouse and daughters SOURCE: Instagram (@laur_akins)

On 12th August 2017, the pair welcomed their second daughter, Ada James Akins. The songwriter took Instagram to announce the happy news to their well-wishers. He uploaded a beautiful picture, and on the caption, he said that their baby was born at 10:28 PM after almost 36 hours of labor.

Gave Birth To A Baby Girl

Akins and her spouse Thomas Rhett are now the parents of three. Well, the family of four turned five. Lauren gave birth to their third child, daughter Lennon Love Akins on 10th February 2020. Their fans were aware of the nurse's pregnancy as the couple often shared photos on their respective social accounts showing off the babybump. 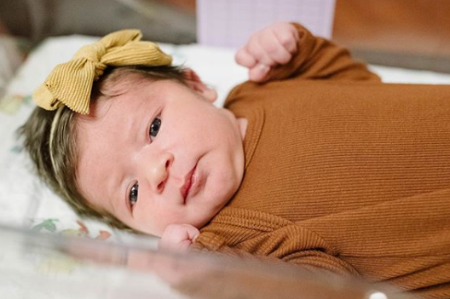 Both of them gave the happy news of their child's birth through their Instagram accounts by uploading lovely images. Their baby was born at 8:30 AM. On the caption Akins wrote;

"Our early Valentine baby was born yesterday, February 10th, and her sisters couldn't be happier to get to kiss her little face finally," Lauren captioned her announcement post. "Lennon Love Akins 9lbs 2oz of lovveeee with lots of dark hair and blue eyes we could not be more in love."

Similarly, Thomas wrote that it was such a joy to watch their little angel be brought into the world. Further, he claims that his wife is just incredible and was a champion through the whole birth.

Professionally, Lauren Akins is a nurse. In the United States, a registered nurse makes an annual income of around $73,550. So, Akins also probably receives the payroll in the same range and her net worth is estimated to be approximately $200,000.

On the other hand, her husband, Thomas Rhett, earns an astonishing amount of money from his career as a singer and songwriter. His overall net worth is around $5 million.

Willa Gray Akins is the eldest child, the adopted daughter of Lauren Akins and her husband Thomas Rhett.

Ada James Akins is the daughter of an American nurse Lauren Akins and her spouse Thomas Rhett.

Lennon Love Akins is the youngest child of Lauren Akins and her hubby Thomas Rhett.