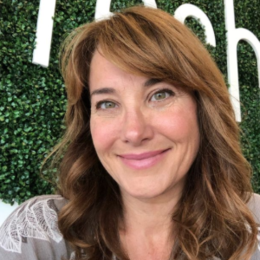 Lauren Kirsten Robek is an actress, writer, director, and coach who worked across Canada and the United States in film, television, and theatre.

Canadian actress Lauren Kirsten Robek is a married woman. Robek has been happily married to her co-star Stephen Holmes for more than a decade. Stephen Holmes is a native of Victoria, British Columbia. According to Stephen's Facebook posts, he celebrated his wedding anniversary on March 5, 2010. 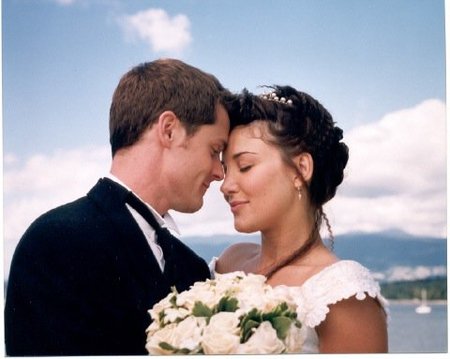 The starlet probably met the true love of her life in 1994 while filming Stargate SG-1. In the series, Stephen played the character of a villager. After seeing each other, the co-stars turned their bonding into holy matrimony.

At present, Robek and Holmes have been together for nearly a decade and still going strong. Moreover, the reason behind long-term marriage is both of them belonging to the same field.

Together, they share two children, including Nicholas Holmes, born on May 12, 2007. Nicholas is, in fact, following in the footsteps of his parents. Robek has hidden the identity of their second child from the public eye. As of 2021, Robek lives in Vancouver, Barcelona with her husband Stephen and their sons.

Lauren Kirsten Robek has an estimated net worth of $5 million which she earned from her decade-long career as an actress. Kirsten receives a payroll of around $91,401 to $218,000 annually.

Robek began her professional career as a ballet dancer before she decided to pursue acting. The Canadian beauty appeared on several TV and films such as Saddest Boy in the World, Avalanche Alley, Mindstorm, Devild Winds, Middle Men, 14 Hours, Restless Virgins, Jingle All The Way 2, A Girls Best Friend, Aliens Stole My Body, Cats and Dogs 3, and Rufus 2.

Robek starred in the Canadian-American sci-fi TV series Stargate SG-1 alongside JR Bourne and Teryl Rothery. The Leo Award winner portrayed Lt. Louise Astor in an episode of Divide and Conquer. Furthermore,  the mother of two also provided the voice for No Men Beyond This Point.

Be sure to check out MarriedWiki for more interesting updates.

Nicholas Holmes is the first child of Kirsten Robek and Stephen Holmes. Nicholas is ages 8 to 10 years.

Kirsten Robek and Stephen Holmes welcomed their second child in 2013-2014. He has a brother named Nicholas Holmes.