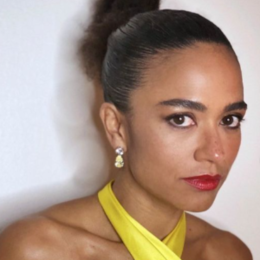 Lauren Ridloff is a deaf American actress and former teacher best known for her Tony-winning broadway performance as Sarah Norman in Children of a Lesser God. Ridloff is also widely acclaimed for AMC hit series The Walking Dead.

Actress Lauren Ridloff is happily married to her long-term boyfriend turned husband Doulas Ridloff. Mr. and Mrs. Ridloff said "I do" in 2006 in a private wedding ceremony between friends and family members. 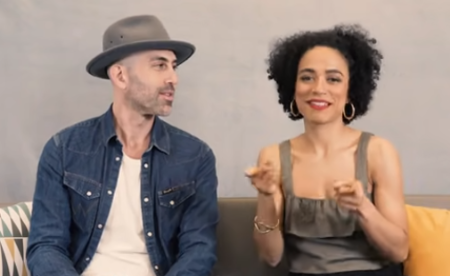 Lauren Ridloff is married to her husband, Douglas Ridloff since 2006. SOURCE: Hit C

Further, Lauren and Douglas met for the first time in college. Lauren studied at the California State University in Northridge, and Douglas was visiting a friend in the same dorm she lived in.

Later, Ridloff met her man in New York through a mutual friend and immediately hit it off from there. The actress, however, had a boyfriend at the time but was going through a slow breakup. Moreover, Lauren and Douglas only had their first proper date at a Mexican restaurant.

Likewise, Ridloff is a proud mother to handsome sons, both of whom are deaf. Hence, after giving birth to children, the actress left her teaching job to look after them.

How Rich is the Deaf Marvel actress Lauren Ridloff?

Lauren Ridloff has summoned an estimated net worth of $2 million as of 2021. Undoubtedly, the mother to two earned that wealth from decade long career as an actress. She receives a payroll of $50,700 annually, which is the average salary of an actress in the United States.

Being a superhero wasn't part of Ridloff's plan. She wanted to be a children's book author before an American sign language teaching job. Until 2018, Ridloff wasn't sure she wished to continue acting. Television shows and movies weren't a field she had seen herself represented growing up.

Nevertheless, after the success of The Walking Dead as her first TV role, Lauren wanted to do more. The 43-year-old made her Broadway debut in the play Children of a Lesser God, for which she garnered Tony Award for Best Actress in a Play. Likewise, the starlet is set to play a deaf superhero in the Marvel Cinematic Universe film Eternals.

What Does Lauren's Husband Do For Living?

Unlike Lauren, her husband has also served as an American sign language tutor on an episode of Saturday Night Live in 2018. He had worked as ASL coach on John Krasinski's horror masterclass A Quiet Place in the same year.

Douglas Ridloff and Lauren Ridloff are happily married for fifteen years. Together they share two sons.

Douglas Ridloff and Lauren Ridloff welcomed their first child in 2008. He was born deaf at the time of birth.

Douglas Ridloff and Lauren Ridloff gave birth to a second deaf child in 2009. She took a break from her jb to focus on kids.