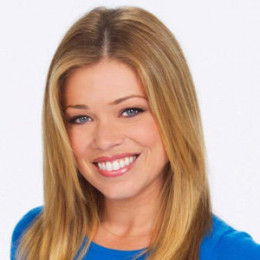 Gorgeous and good looking, Lauren Sivan is a famous journalist, reporter and actress from United States. She is popular for being the reporter at Good Morning LA and Fox 11 news. She is well known for her work at KTTV and Fox 11 News Network. Soon after the completion of her high school graduation, Lauren joined George Washington University with a major in Journalism and Political Science. She began her broadcasting career from WETM-18 News in 2003.

Lauren Sivan was born Lauren Paige Sivan on April 6, 1969, in southern California in the USA. She is American and belongs to the White-American ethnicity. She attended George Washington University and earned her degree in Political Science and journalism.

She has an advanced certificate from the Homeland Security at Long Island University.

Lauren Sivan worked at WETM-18 News during her initial days as a morning anchor and a reporter. In 2008, she joined Fox News Channel as a breaking news anchor.

Lauren Sivan is possibly single at the moment but previously she was in a romantic relationship with Rick Leventhal.

He is a senior correspondent for Fox News. The couple engaged in 2005 and even planned to get married in 2006 but due to some personal issue, they called off their wedding.

Lauren Sivan's net worth isn't less than a seven-digit figure but no official confirmation has come about it. She served on Fox News Channel since 2008 and usually, the Fox News reported earning more than $75k annually. So, she might also be earned same amount.