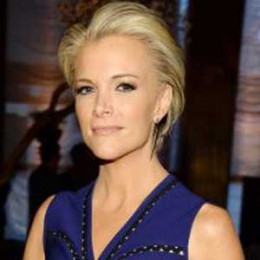 The former booker for FOX News Laurie Luhn is an American television personality. Before working at Fox News, Luhn also volunteered to work at the Washington D.C. headquarters of the George H.W. Bush presidential campaign in 1988.

Laurie Luhn has never been married. Indeed, she is one of eight women who accused Roger Ailes of sexual harassment. She accused the Fox News CEO of engaging in inappropriate behavior with her. Other alleged victim of Aile's sexual assault includes Megyn Kelly, Gretchen Carlson, Andrea Tantaros, etc.

Is Laurie Luhn Dating or Married to Someone?

Luhn is possibly single at the moment, she is quite secretive about her personal life which might be the reason, she hasn't shared much about her private life to media.

Despite Luhn compliance with the documents, Luhn chose to speak up and tell her story after a few other women came forward with their own alleged stories of sexual assault by Ailes.

Laurie Luhn appears alongside Roger Ailes in the 2019 American drama series, The Loudest Voice. It read the story of Roger Ailes, who molded FOX News into one of the most influential media networks in history.

The series merely alluded the nature of Ailes and Luhn's relationship with flashbacks to hotel hallways. The recent episode of The Loudest Voice goes into hotel rooms which aren't pretty. In the drama, Luhn was sexually harassed and "psychologically tortured" by Roger for more than twenty years.

Before working at Fox News, Luhn also volunteered to work at the Washington D.C. headquarters of the George H.W. Bush presidential campaign in 1988.

Amid her time volunteering, she worked at the phone bank, and after some time, her excellent performance landed her a full-time position in the campaign’s accounting department.

The former booker for Fox News Luhn has a projected net worth of $4 million dollars. She earned $3. 15 million from her non-disclosure agreement with Roger Ailes of sexual harassment.

The suit reported that Sherman was "cashing in" on her records of psychosexual torture at Aile's hands. Even more, he failed to notify her that the story would turn into a series.

Laurie spoke out in an interview about her relationship with former CEO Roger Ailes and how he sexually harassed her for two decades.

She first met Roger Ailes in 1988 when she was 28. On January 16, 1991, Ailes sexually assaulted her in a meeting in his hotel room. Ailes called her to his room to watch one of president George Bush speeches.

After the speech, Roger told her to strip her clothes and dance around the room, which he filmed with a video camera. He told her to get down the knees in front of him and placing his hands on her temples. Ailes told her. “Know what you are, Laurie. You’re my wh***. You’re my sex slave. You’re going to do whatever I tell you to do at any time, at any place when I call.”

Laurie then performed oral sex on Roger at his request and blackmailed her with the video of her dancing. After five years the harassment became more frequent, but Luhn kept quiet to keep her job.

She threatened legal action over Showtime and Blumhouse Television series. The Oscar-winning actor Russell Crowe was selected to portray the role of the late Fox News chief Roger Ailes.

She threatened of taking legal actions against the Showtime which planned on airing eight episodes miniseries in November 2018. The series was all about his sexual harassment issue in 2016 and dying a year later.

The former booker for FOX News Laurie Luhn is an American television personality. Recently, she accused former Fox mogul Roger Ailes of sexually harassing for nearly 20 years. The 57-years-old Laurie belongs to white ethnicity and holds an American nationality. She grew up with her parents.