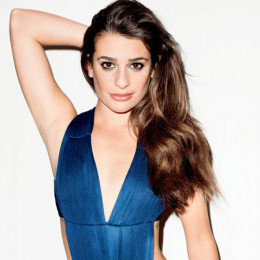 An American singer, songwriter, actress, and author who is widely known for her role as talented Rachel Berry in Fox television musical comedy TV series Glee. She is the only daughter to T. Sarfati and Mark D. Sarfati. She attended Rockland Country Day School. She completed her high school from Tenafly High School in New Jersey. Actually she started her career when she was just eight years old in the role of Young Cosette in Les Mis�rables. She also played role of Wendla in the Broadway hit musical Spring Awakening. She loves to be involved in charity show and she supports gay rights and animal rights. She has already been nominated for multiple Golden Globe Awards. She is starring as Hester in the FOX horror and comedy series Scream Queens.

Since Michele was ranked 7th among 100 Most Sexiest Women in the World by FHM it's obvious her to be adored by many guys. She has dated many actors and singers nearly half a dozen of them.

Lea Michele has had romantic dating affairs with many elite personalities of the showbiz industry. However, even after multiple failed relationships and broken trust, she consequently found the love of her life. So, who is she dating or married to at present?

Lea Michele is currently married to Zandy Reich. She walked down the aisle with her boyfriend turned spouse on 9 March 2019.

Lea and her boyfriend of two years walked down the aisle in an intimate, romantic ceremony held in Napa, California. 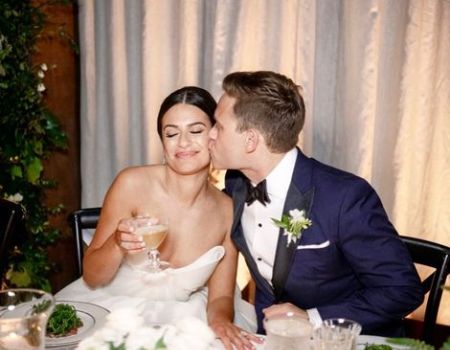 Even though, the pair engaged in the presence of friends and family, their wedding ceremony was kind of hush-hush. No one was round, it was literally private and they were on the beach. No one was there, just the two of them.

Lea's wedding ring is designed by the jewelers, Lee or her fiance made the ring. The lovers have been united as a life partner for seven months now.

In April 2020, People confirmed the news that Lea Michele and her husband, Zandy Reich were expecting their first child together nearly after two years of togetherness.

As a matter of fact, Michele ironically became pregnant with her first child in the same year aka 2020 her character in Glee, Rachel Berry was pregnant on the show.

Glee actress, Michelle dated Canadian actor, and musician, Cory Monteith from 2009 until his demise in 2013. They met in 2008 but started dating in early 2012. Monteith died of a drug and alcohol overdose.

Michele was once rumored of having an affair with Glee co-star Jonathan Groff.  She's romantically involved with Groff followed by her split with ex-boyfriend Matthew Paetz in 2016.

Richy Rich American actor and singer, Lea Michele possesses a net worth of $12 million in 2019. She receives a salary of $80 thousand per episode. She made $45,000 per episode for starring in Glee in 2018.

Unlike other models, Michele pockets huge amount from ads, sponsorships, and brand or product endorsements. She was featured in Gap Inc. marketing campaign along with her Soring-Awakening co-stars in 2007.

In 2010, Michele became a spokesmodel for beauty company Dove, performing the song "My favorite songs" from The Sound of Music in TV commercials for the brand.

Lea's assisted as a spokesperson for a Nike workout application. The starlet displayed in commercials for the HP Touchpad as well in the 2010s.