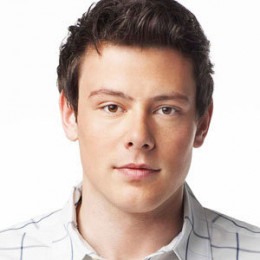 A Canadian actor and musician, Cory Monteith had an affair with an actress Lea Michele. The couple dated in 2009 until his death in 2013. Cory had died of drugs and alcohol overdose. Cory was a son of an interior decorator, Ann McGregor and military man, Joe Monteith. His parents were divorced when he was only seven years old. Cory had done many jobs such as school bus driver, roofer, as well as a mechanic and soon.

British-Columbia born actor, Cory Monteith was romantically linked to renowned Hollywood celebrities in his life. He was cast as a love interest of Lea Michele on Glee. They remained together until his death.

Monteith was one of Lea Michele's fifth boyfriend. They first met at the set of Glee. Monteith and Michele were secretly dating but as the duo was spotted kissing at a New York Rangers game the cupid's affair was publicized.

Prior to him, Michele kindled a romance with actors like Matthew Paetz and Jonathan Groff.  Monteith had been in a relationship American model, Mallory Matoush in 2011. After dating a year, they parted ways citing irreconcilable differences.

Before Michele and Matoush, Monteith had an affair with a model, Julie Vardalos from 2008 till 2010. The exact reason behind their separation might be Lea Michelle.

Calgary, Alberta born actor, Cory Monteith had an estimated net worth of $2 million. He generated a salary of $35-$100 thousand per episode for appearing in movies and TV series.

His ex-girlfriend Michele possesses a net worth of $12 million and received a salary of $80,000 per episode for appearing in TV series.

Cory Monteith died at the young age of 31, on July 13, 2013, at Fairmount Pacific Rim hotel in Vancouver. He was found with drug paraphernalia which included a spoon with drug residue and a used hypodermic needle.

At the time of his death, Monteith was residing in Los Angeles where Glee was filmed. The musician was found dead in his room at Fairmont Pacific Rim hotel in Vancouver.

He was scheduled to check out that particular day followed by a seven-night stay. However, after the celebrity failed to do so, hotel staff entered his room and found his body around noon.

Cory Monteith began his acting career from a movie, Final Destination 3. He had a guest appearance in many television series such as Supernatural, Flash Gordon, etc. Killer Bash was his first movie, he had a character of Douglas Waylan Hart.