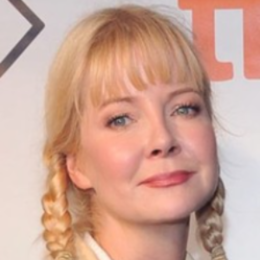 Leah Pinsent is a Canadian television and movie actress best known for The Bay Boy. She has been in the entertainment field for the past three decades. Leah garnered a Genie nomination for Best Supporting Role in The Bay Boy.

Is Leah Pinsent Married? Who's Her Husband?

Leah Pinsent has been happily married to Peter Keleghan since 2001. The wedding between the two took place with close friends and family members. Sources believe Pinsent and Peters first met on the set of the hit comedy show Made in Canada. 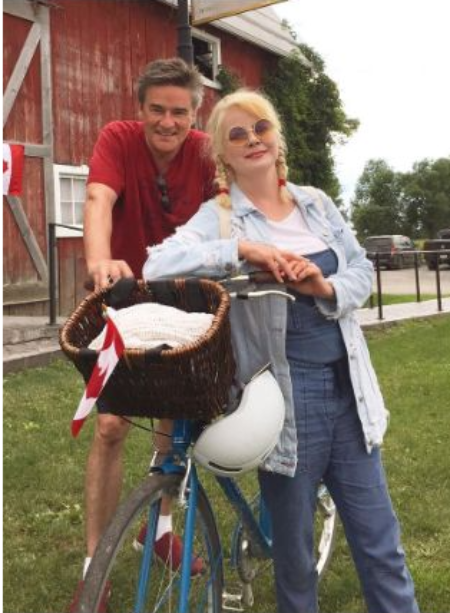 The couple dated for a while before tying the knot in December 2001. Leah has even played the character of Keleghan's onscreen wife in an episode of "Murdoch Mysteries" season fifteen.

Pinsent is nine years junior to her partner. Despite this, they enjoy each other's company without any rumors of separation. They seem to live together for the foreseeable future. 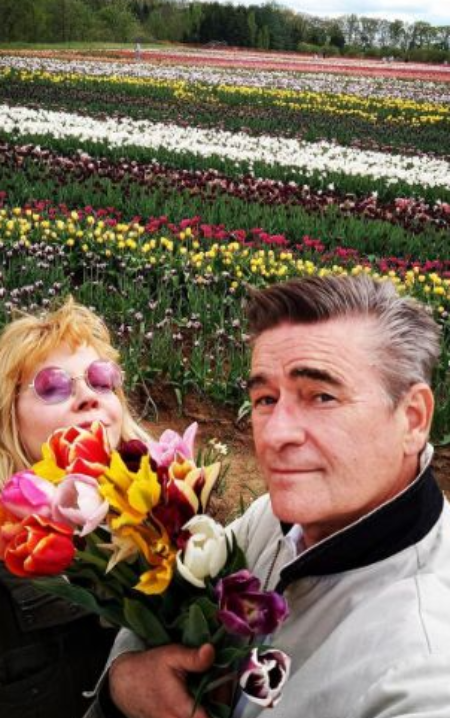 Although Pinsent is relishing her life with her spouse, this is not her first marriage. She was previously married to Michael Capellupo in 1991. Unfortunately, a decade later, the pair called it quits citing personal issues.

Surprisingly despite being married for so long, the Bay Boy actress does not share any kids with her past or present husband. Instead, she is a stepmother to two of her partner Keleghan's two children from his previous relationship.

How Much Is Leah Pinsent's Net Worth?

Leah Pinsent possesses a net worth of $1 million. Her primary source of income is her career as an actress and restaurant owner. The average salary of an actor in the US is between $49,218 and $72,992 annually. The 54-year-old is a veteran in the industry and surely makes a hefty payroll.

The Made in Canada star lives in a 700-square feet condo in Bloor-Yonge, Downtown Toronto. The residence is on the 38th floor and has a balcony from which one can enjoy a panoramic view of the city.

Pinsent made her debut in The Bay Boy, released in 1984. In addition, she is critically acclaimed as the best-supporting actress with a nomination for Genie Award.

Leah furthermore played a leading role in the horror movie April Fool's Day in 1986. In the project, she worked alongside Thomas F. Wilson and Griffin O'Neal.

Pinsent then portrayed the role of an accountant Veronica Miller in the comedy series "Made in Canada." In the movie, More Teals and Escape from the Newsroom, Leah landed the role of a news anchor Diane Gordon.

Apart from Hollywood, Pinsent spends quality time in a high-tech kitchen unit, a dining nook that works as an artificial office with a laptop and desk.

What does Peter Keleghan Do For a Living?

Keleghan has directed some films such as Ginger Snaps, Eating Buccaneers, Picture Perfect, and Gravy Train. Moreover, he provided the voice of Scaredy Bat in the animated series Ruby Gloom.

The ACTRA honored Peter Keleghan with the Award of Excellence for his outstanding skills in 2009. Peter received a Gemini Award with Canadian actor Yannick Bisson in 2009. As of 2022, Keleghan has the mortgage for the condo with his wife, Pinsent, at the credit union.

Leah Pinsent prefers sharing her daily activities with fans and followers via social media. She is active on Instagram with 538 followers.

Pinsent was born in Toronto, Ontario, on September 20, 1968. She is the daughter of Charmion King and Gordon Pinsent. -Leah holds Canadian citizenship and belongs to the white ethnicity.

Leah refuses when it comes to sharing her personal details in the public. She has neither discussed her family background. The actress has a cocker spaniel dog breed "Higgins". It is named after Professor Higgins (in My Fair Lady).

Some Exciting Facts about Leah Pinsent