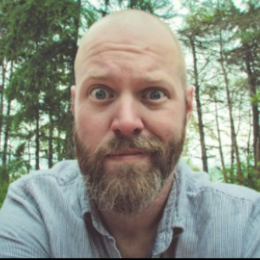 Lee Boxleitner is an American actor, writer, and director who is also better known as the son of actress Kathryn Holcomb and actor Bruce Boxleitner. Lee worked in more than 30 films.

What is Lee Boxleitner's Relationship Status?

Lee Boxleitner is possibly single at the moment. He has not yet introduced any women as his wife or girlfriend. Lee is also rarely seen with anyone publicly except for his mother, friends, and female colleagues. 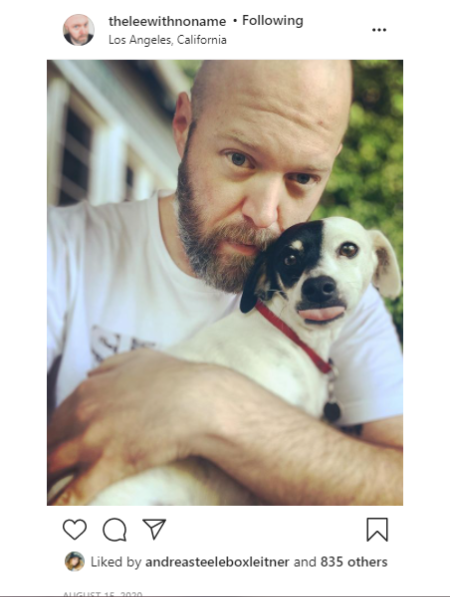 Lee Boxleitner lives with his pet in LA. SOURCE: Instagram

Boxleitner has been the proud son of Kathryn Holcomb and Bruce Boxleitner. They met on the TV series "How The West Was Won," set and tied the knot on 28 May 1977 in a private ceremony. Shortlisted friends and family members attended the wedding of Lee's parents. Unfortunately, after sharing highs and lows, Kathryn and Bruce called it quit in 1987.

Kathryn gave birth to her first child Sam Boxleitner in 1980. Then in 1985, she welcomed son Lee Boxleitner with her ex-husband, Bruce Boxleitner. Since 1992, Kathryn has been living with her present husband, Ian Ogilvy. 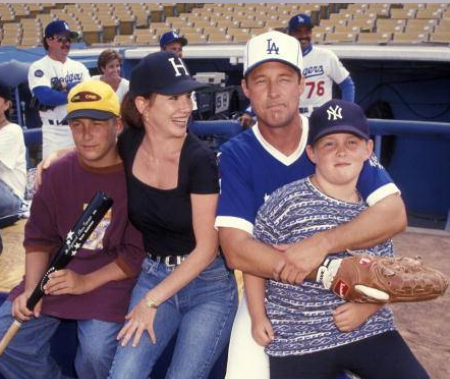 Holcomb recently celebrated 28 years of marriage anniversary with Ogilvy. As for the relationship between Kathryn and Ian, it seems unbreakable, as there are fewer signs of divorce between them.

Lee Boxleitner grew up in an entertainment family and had the golden opportunity to visit movie sets his entire life growing up. After all, his parents are Kathryn Holcomb and Bruce Boxleitner, are both actors.

Lee started his career and job as a production assistant before being credited in over 30 feature movies. He also co-founded the independent production company Blue House Productions.

Since its inception, Boxleitner has produced several short movies and music videos. Likewise, the first feature film was released in October 2016. Most of his projects have been official selections in film festivals.