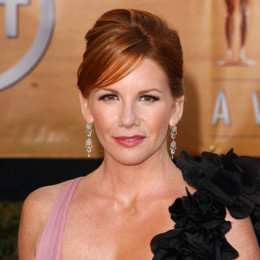 She is an American actress, a director, and an author. She had served as the President to Screen Actors Guild Awards from 2001 to 2005. She started her career as a child in late 1960s. She already had started to appear in a number of commercials and in guest roles as a child. She was born to David Darlington and Kathy Wood, who were newly engaged. However, her biological parents did not raise her but put her for adoption instead and were adopted by actor and comedian Paul Gilbert.

She is a married woman. She has been married twice in her lifetime. She has a child from her first marriage and second one. She has no children from her current marriage. She has dated quite a lot of men in her life as well. She has been the topic of news and gossips because of her relationships break up and new one. She also been in rumors several times and is in rumor currently regarding her plastic surgery to look young.

An American actress and television director Melissa Gilbert was born on May 8, 1964, in Los Angeles, California to Kathy Wood and David Darlington. But later she was adopted by actor Paul Gilbert and his wife  Barbara Crane.

But later she was adopted by actor Paul Gilbert and his wife  Barbara Crane. However, her adopted parents got a divorce after 8 years of marriage but she used to live with her adoptive mother Barbara. So she lightly raised in the Jewish religion.

She started her career as a child artist. First, she used to appear in a number of commercials where she gets a chance to meet Michael Landon. She also attended school with Landon's daughter.

Unlike other child artists, Gilbert has also seen many ups and downs in her career journey.

Little House on the Prairie

Melissa came to fame after she portrays the role of little girl Laura Ingalls Wilder on the NBC period drama series Little House on the Prairie, which ran from 1974 to 1983.

It was reported she was chosen among 500 girls for the role of Laura. She is the first youngest actress to receive the Hollywood Walk of Fame.

After Little House on the Prairie, she has appeared in several movies and series. She has also provided the voice of Batgirl on the 1990s Batman: The Animated Series but later she was replaced by Tara Strong.

In 2012,  Gilbert joined the 14th season of Dancing with the Stars where she was paired with Maksim Chmerkovskiy.

She received a star on the Hollywood Walk of Fame at 6429 Hollywood Blvd in the year 1985 along with the Western Performers Hall of Fame in 1998.

Gilbert used to dated actors Tom Cruise and Rob Lowe during her teens days. In 1988, she married actor and producer Bo Brinkman the cousin of Dennis Quaid and Randy Quaid.

Just after the month of marriage Gilbert become pregnant with her first child and on May 1, 1989, she gave birth to son Dakota Paul Brinkman.

However, Melissa and Bo couldn't handle their relationship. so they ended their married life in divorce in 1992.

Later she married to actor Bruce Boxleitner in 1995 and together duo shared a son Michael Garrett Boxleitner.

Same as her previous relationship, her second marriage also ended on a sad note. Gilbert announced her separation from her husband on 1st March 2011. The duo ended their 16 years long married life in 2011. She filed for divorce on 22 August.

On January 29, 2013, insider reports the actress was engaged to her fellow actor Timothy Busfield. Later the duo married in the same year April 24, 2013, and since then the duo is together. They reside in Howell, Michigan.

The duo doesn't have their own child but from previous relationships, Melissa is a mother of two sons.

Gilbert opened up that she had her nose adjusted and multiple breast implant surgeries earlier in 2018. Further, she admitted that she won't undergo any more plastic surgery including Botox and fillers.

The 54 years old Golden Globe award-winning actress has a quite impressive net worth of $500 thousand.

Along with that, she is the owner of many expensive properties including cars, house, gadgets and much more.

He is an American actor and director. The two got married shortly after they started relationship. They are living happily at the moment. They have no any children.

He is an American actor. They had been married for more than 6 years. They got married after dating for nearly three years. They have a child together but things did not went well resulting their separation.

He is an Americana actor. The two were in relationship prior to getting married. They have a child together. Since the things were not going well in their marital life, they got divorced after 4 years of their marriage.

He is a young man now. He has grown up to be a handsome man. He attends University. He was born when his mother was 24 years old.

He is also grown up now and goes to University. He is tall and handsome. He was born when his mother was 31. He is trying to pursue his career.