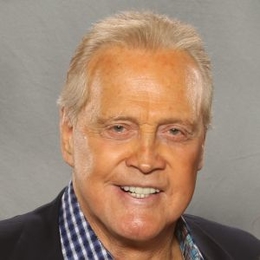 American veteran actor Lee Majors is no less than a phoenix. Like the bird Pheonix who rises up again from its own ashes, Lee also gained success at personal and professional lives after failing at both previously. His life is filled with ups and downs but he has been overcoming them with sheer will and dedication and living the best life right now.

Lee Majors' childhood is no less than a movie story. It includes all the dramatic factors such as death, adoptions, and revelations.

Lee Majors was born as Harvey Lee Yeary in Wyandotte, Michigan. His father, Carl Yeary,, was a manual laborer and was killed in the steel-mill accident just before his birth. Similarly, his mother, Alice Yeary, a nurse, died when a drunk driver hit her. Thus, by the age of one, Majors became an orphan. 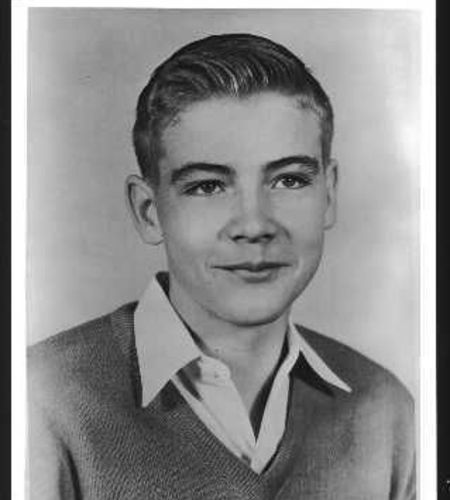 Thankfully for the young Majors, his relatives came to the rescue. His uncle Harvey Yeary and aunt Mildred Poore Yeary adopted him and raised him as their son in Middlesboro, Kentucky.

Lee was living a healthy teenage life with his adopted family without any hint that this is not his real family. However, things all changed in one rainy afternoon.

The young Lee was in the attic looking into old boxes just out of boredom. Suddenly he came across old news clippings where the death of a couple is mentioned. Furthermore, the news stated that there was a orphan child who was adopted by Yeary of Kentucky.

Lee's world rocked when he realized that the survived child is infact him. He was saddened to know the fate of his biological parents but also grateful to his adopted parents. At this point, he decided to become sucessful and make his guardians proud.

Setbacks In the Road To Sucess

Lee Majors was athletic from a young age. He regularly participated in track and football at Middlesboro High School. He was, infact, featured in the Middlesboro Sports Hall of Fame.

Because of Lee's excellent performance in football in High School, he received a scholarship to Indiana University. The talented sportsman decided he will pursue his career in football and dreamed of being a football star.

Majors' dream, however, came crashing down when he suffered a significant back injury while playing. He became paralyzed from the waist down. Doctors did not know when he would be able to walk again.

The College freshman, after learning about his medical condition, was heartbroken. This was not the life he was expecting. He wanted to have a successful career and make his adopted parents proud. So, he decided he will walk again and even play football.

Because of Lee's will and urge to win, to everyone's surprise, he was able to stand up in two weeks and walk out of the hospital in fourteen days. He, however, was not able to play football as medical personnel advised against it.

Lee's football career was almost over because of his injuries; however, his college romance started to take off. He transferred to Eastern Kentucky University after getting expelled from his previous college because of a fistfight.

In the new university, Majors met his first wife, Kathy Robinson. The college sweethearts were madly in love with one another, so they decided to marry after dating for a short period. 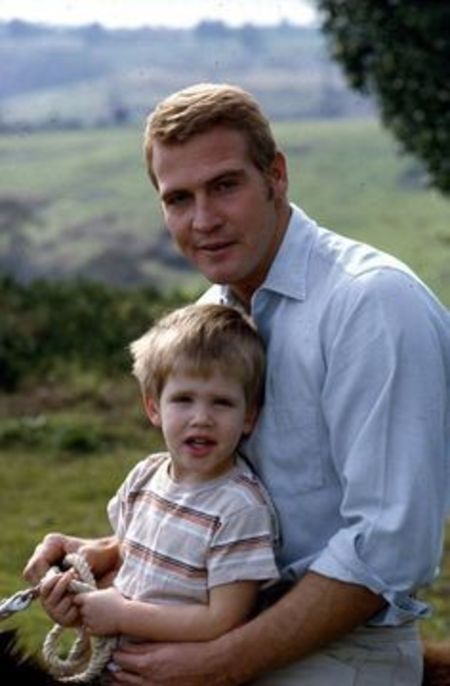 The young couple tied the knot on June 17, 1961, when they were still in college. Furthermore, the pair welcomed their first child Lee Majors II on April 8, 1962.

The new responsibilities as a husband and father thankfully did not affect Majors' studies. In 1962, he graduated with a degree in both History and Physical Education.

While in college Lee already got the acting bug when his friend introduced him to movie star Rock Hudson. So, instead of getting the job of a sports coach as he initially planned, he instead decided to pursue acting and moved to California along with his wife and his kid.

Beginning Of His Acting Career and Marriage Downfall

Majors who had no connection in Hollywood started his journey from the ground up. When he first moved to Los Angeles, he started working as a recreational director for the L.A. Department of Parks and Recreation in North Hollywood for a salary of $2.82/hr.

Majors' Hollywood journey finally started when he approached the agent Dick Clayton. Clayton saw the primary star material on him and agreed to be his agent. He even got him a spot in the prestigious MGM drama school. Soon after that, he started getting roles.

Well, on the one hand, the Kentucky native's career was finally taking off; on the other hand, his marriage was breaking down. He and his first spouse got divorced in 1964, and she moved back to Kentucky with their young son.

Lee, in his later year, reflected on the failure of his first matrimony. He stated that they were young and thought that only love is enough. However, the young married couple later learned that there are also many things needed to survive a marriage.

Stardom and A New SweetHeart

Lee Majors' first big break came in 1965 when he landed the role of Heath Barkley in the TV Series "The Big Valley." The western show was a sucess, and he soon became a nation heartthrob.

With the sucess of the show, the young starlet started getting lots of work opportunities. Because of his busy schedules, he did not get time to socialize or date. 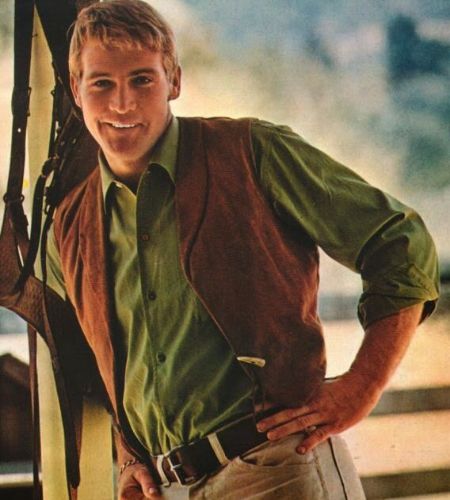 In 1968, the new star's publicist suggested that it would be good if he comes along with someone beautiful at a movie premiere. He liked the idea and started looking at the photos his agent has collected. His eyes locked in the picture of an aspiring actress from Texas named Farah Fawcett.  Well, as they say, rest is history.

Majors left a message on one of her answer machines at the all-girl boarding house Farrah was staying at . the note said, "Please tell her that Lee Majors will be by at eight o'clock to pick her up." The Texan beauty found the message very rude but decided to go as she thought the exposure with a established actor would be good for her career.

The first date was awkward and not the best by any stretch. She was going to the ladies' room a lot, and he got the impression she did not want to be on the date.  Thus, their first meeting was full of silence.

Even though The Texan native did not show any interest in Majors, he, however, was smitten with her. Thus, the next day, he sent thirteen yellow roses to her. The Yellow Roses are the state flower of Texas, so she was touched by his thoughtfulness. This act softened her toward him, and the pair finally started dating. 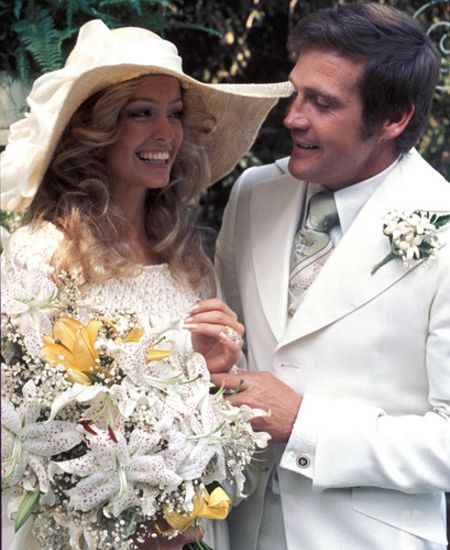 After dating for five years, the pair eventually tied the knot. The wedding took place on July 28th, 1973, on the fifth anniversary of their first date. The festivities took place in the garden of the Bel-Air Hotel in the presence of one hundred and fifty guests. Infact Lee Majors'  son from his first marriage was also in attendance.

For the big day, both the bride and groom were dressed in clothes of Theodore Van Runkle. Fawcett wore a loose-fitting full white gown, and Lee Majors wore an all-white suit with matching cream-colored tie.

In the seventies, when Lee married Farrah, they were at the height of their career. "Owen Marshall, Counselor at Law" actor was enjoying sucess with "The Six Million Dollar Man."  Similarly, the blonde beauty was capturing the hearts of millions from her show "Charlie's Angels." 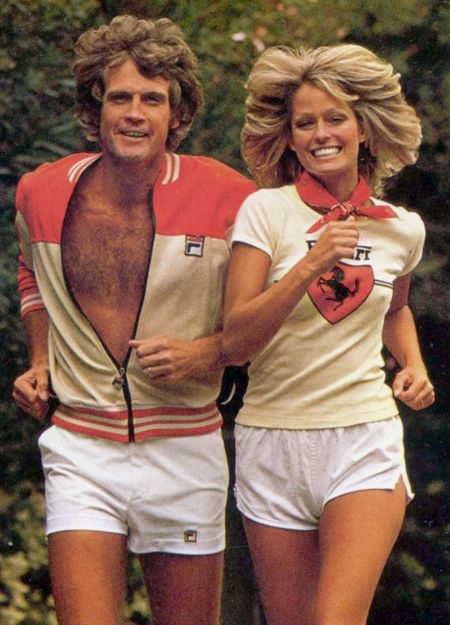 Lee Majors and then-wife Farrah Fawcett promoting Jogging. SOURCE: Pinterest
The sucess in both careers began the downfall of their marriage. The couple was always busy because of their hectic schedules, so they did not meet for months. Plus, the constant scrutiny from the media also did not help. Also, rumors that Fawcett was having an affair with Lee's best friend Ryan O' Neil put the strain in their relationship.

The pair separated in 1979, after six years of marriage, and the couple officially divorced on February 16, 1982. After parting their ways, Lee's ex-wife moved in with his best friend, Ryan O'Neil. Furthermore, on January 30, 1985, she gave birth to Redmond O' Neal. On the other hand, Lee and Fawcett did not have any children even after being together for a decade.

Another Wife and Another Unsuccessful Marriage

The twice divorcee met playboy playmate Karen Velez in 1984. In February 1988, the pair welcomed their first and Lee's second child, Nikki Majors. After welcoming the child in their life, the couple finally exchanged vows in September 1988. 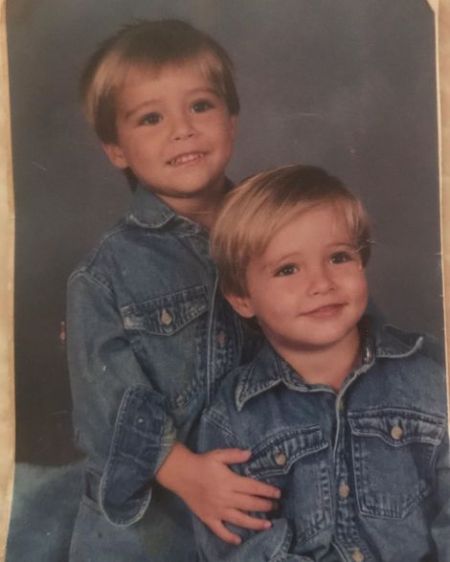 The couple became proud parents again in 1992. Karen gave birth to twins Dane Luke Majors and Trey Kulley Majors. The actor was earnest about his responsibilities as a father, so he reduced his work and focused on his family.

"The Fall Guy" actor tried his best to make his third marriage work; nonetheless he was unsuccessful. He and his third wife divorced in 1994 after six years of marital bliss.

Majors was in the wrong state in the nineties. He was not doing well professionally, as well as personally. However, things turned for him in 1995 when he locked eyes with Faith Majors.

The "Raven" star met his fourth wife, Faith Majors, in Florida at a dinner party hosted by the mutual friend. The couple though, shared a 35 years of age gap bonded well and started dating. 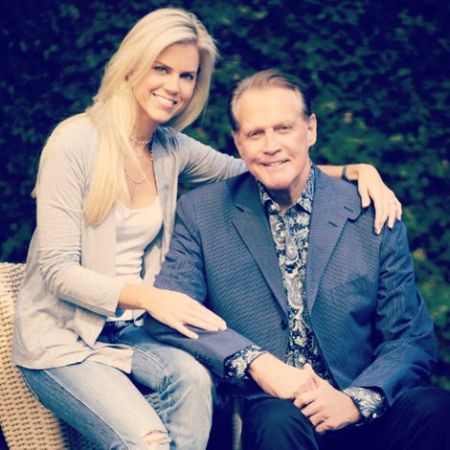 After seven years of dating, On November 1, 2002, the pair tied the knot in Positano, Italy, in a low key ceremony. Well, for Lee Majors, the fourth time was the charm.

Lee is still married to Faith. Furthermore, the pair renewed their vows in April 2008 in Honolulu, Hawaii.

Lee Majors Is A Rich Man 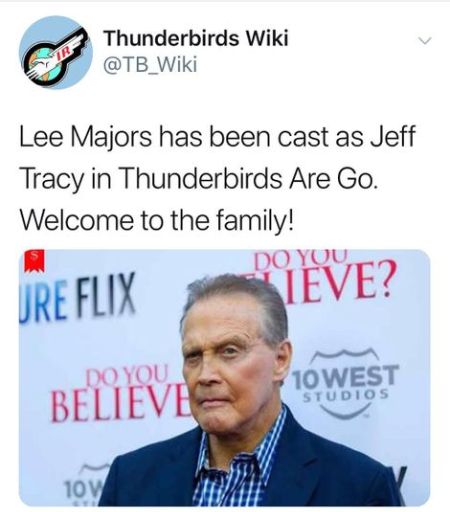 The 80-year-old is still active in the entertainment industry. In 2019, he was seen in TV series " Magnum P.I." and "Thunderbirds Are Go."

The veteran actor currently lives on a chic cowboy style home in Texas. Before that, they lived in a French-style house in Beverly Hills. The actor also owns various properties across all the country but not any in his home state of Kentucky.

Kathy Robinson and Lee Majors were college sweethearts. They tied the knot when they were still in college.

Farrah Fawcett and Lee Majors started dating before Farrah became a A-list actor. The relationship deteriorated after she gained fame.

Karen Velez was the playboy playmate. She and Lee Majors started dating in 1984. They share three children together.

Faith Majors and Lee Majors started dating from 1995. They are together for the last two decades but do not have any children together.

Lee Majors II is the first child of actor Lee Majors. He was born when Lee Majors was still in college.

Nikki Majors is the only daughter of actor Lee Majors. She has two younger siblings.

Dane Luke Majors is the younger brother of Nikki Majors. He has a twin brother.

Trey Kulley Majors is the twin brother of Dane Luke Majors. He is a model by profession.