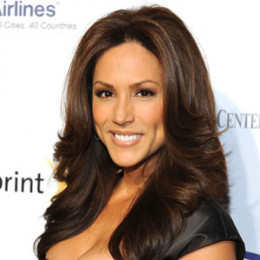 A model, announcer, and sports television personality, Leeann Velez Tweeden aka Leeann Tweeden is quite popular in the field of sports reporting and modeling. After she won the Venus International Model Search, she came to the limelight as a model. She also appeared as a motocross rider in the 2002 motocross game video Freekstyle.

She is a married woman. She married a retired Air Force pilot for the California Air National Guard, Chris Dougherty in 2010. The pair is blessed with two children.

Leeann Tweeden was born on June 13, 1973, in Manassas, Virginia. Her father Bill Tweeden is a retired Air Force Chief Mechanic and her mother was Catherine.

From her early age Tweeden was interested in the field of modeling and when she was just 16 years old she won her first talent contest.

She was graduated from Osbourn Park High School in 1991. After graduating from high school, she moved to Hollywood to pursue her dream in the modeling sector. She joined Santa Monica College to study political science but later she shifted to the University of California, Los Angeles.

In the beginning, she worked as a hostess in Hooters restaurant in 1992 and she was featured in the 1994 calendar of the restaurant.

When she won the Venus International Model Search, the turning point in her life came which gave her a lot of exposure. After that, she got a modeling opportunity for Hooters and Venus International, Playboy and also Frederick’s of Hollywood.

Hannity and Leeann Tweeden talking about her being in playboy

In the comic book Coven 13 from No Mercy Comics, she became the model for the lead character and she has also appeared in multiple Sexiest List.

Along with Greg Gutfeld, she appeared as a regular panel member on the early morning show named Red Eye.

She worked with Ariel Helwani and Kenny Florian for Fox Sports 1's UFC Tonight. Also, she also appeared as a motocross rider in the 2002 motocross game video Freekstyle.

Similarly, she appeared on the cover of the March 2007 Issue of FHM. Hooters announced her as the Top Hooters Girls of all time on the occasion of its 25th anniversary in 2008. 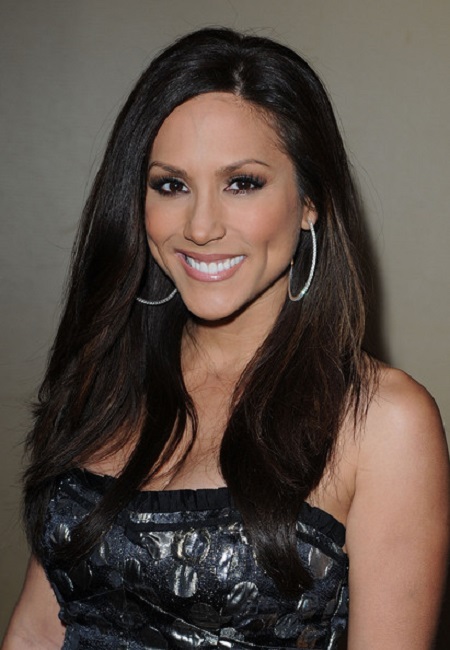 On February 7, 2017, she joined Los Angeles morning radio show Mclntyre in the morning on commercial AM radio station KABC as a news anchor.

A model, announcer and sports television personality has a net worth of $3million. As per the sources she sold her 331 N Crescent Heights home for $1.23 million which size is approximately 1,566 in square feet and the total lot area is 6,308 square feet.

She is a married woman. She married a retired Air Force pilot for the California Air National Guard, Chris Dougherty in 2010. The pair met each other on her first tour in 2002.

The pair is blessed with two children Kane Phoenix Dougherty and Kaiavale.  Before she married Chris, she used to smoke but she quit smoking after her marriage.

"Today, we celebrate America’s Independence. And we also celebrate our wedding anniversary! I married the love of my life 6 years ago. We’ve been together 12, lived through active-duty, constant deployments and living on opposite coasts. But we made it!"

"We started our little family and now we have 2 happy & healthy children! We’re still a military family and are proud to continue serving. As we all celebrate today, please remember our service men & women who wear the uniform and protect the liberty we all hold so dear."

The pair is living happily and there is no any no any rumors of their separation and divorce. 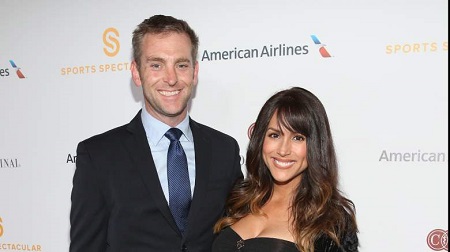 She had a few boyfriends before she met and married Chris Dougherty. She was in a relationship with Bem Bostrom from 1999-2001.

Again after two years of the pair split up,  from 2004-2005 she was in a relationship with Josh Beckett.

She became the public face of the website Rethinking Autism where she is actively working to educate people about Autism.

In 2006 broadcaster and model Leeann Tweeden said that a comedian, writer, author, and politician Al Franken forcibly kissed and groped her during USO tour.

The Minnesota Democrat’s election for the U.S. Senate promoted Franken to apologize and call for a Senate ethics investigation into his own actions.

Also, she has written in a blog post that,

“You forcibly kissed me without my consent, grabbed my breasts while I was sleeping and had someone take a photo of you doing it, knowing I would see it later and be ashamed.”

“There’s more I want to say, but the first and most important thing and if it’s the only thing you care to hear, that’s fine — is: I’m sorry, I respect women. I don’t respect men who don’t. And the fact that my own actions have given people a good reason to doubt that makes me feel ashamed.”

Model Tweeden said, she accepted Franken’s apology and said at a news conference in Los Angeles that,

“Yes, people make mistakes and, of course, he knew he made a mistake. I would leave any disciplinary action up to Senate leaders and be not calling for Franken to step down. That’s up to them. I’m not demanding that.”

After she accepted Franken’s apology, she said sexual harassment and abuse was happening far beyond Hollywood and encouraged other victims to step forward.

She married a retired Air Force pilot for the California Air National Guard, Chris Dougherty in 2010. The pair blesses with two children Kane and Kaiavale.