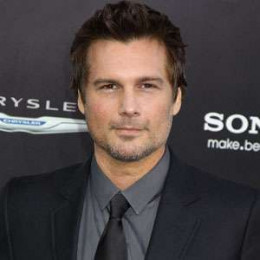 Len Wiseman was previously married to Dana, a kindergarten teacher and the couple separated in 2002 and the divorced was finalized near Christmas 2003.

He then married actress Kate Beckinsale. The couple met on the set of his 2003 release 'Underworld'. Wiseman  and Beckinsale married on 9th May 2004 but on 20th November 2015, it was announced that they were separating and in 2016, he filed for divorce. He has a stepdaughter named Lily Mo Sheen, born in January 1999.

Len Wiseman was previously married Dana, a kindergarten teacher and the couple divorced in 2002 and divorced was finalized near Christmas 2003.

He married Kate Beckinsale, an actress.The couple met on the set of his 2003 release 'Underworld'.The couple married on 9th May 2004.